A Hybrid With Weird Mix and Match

When I look at this deck, I told myself "wow, this deck will make the game fun". I think if you have all these cards, you can try it out. You can check out this deck here. By a quick look into the deck, you can say this player is hard-play type, yes he is. He is using up-to 18 cards for both option and Tamer cards, so leave out 32 digimons in his deck, 16 of them (which is LV5 and LV6 digimons) are using for hard-play. Let's discuss how hard-play he does with his Hybrid (Purple, Blue and Red)

Obviously he is using purple low DP digimon to get "destroyed" to gain <Draw+1>, since playing-hard style will need to draw more card in order to achieve the strategy. Same with Blue, the Purple give many digimon with <Draw+1>  when "destroyed"

If you take a detail look on this deck, it only has 8 digimons in LV3 which is is [BT2-069] Gabumon and [BT2-070] Tapirmon, and only 4 cards in LV4 which is [BT2-071] Wizardmon. All these low level digimons contribute the main effect or inheritable that <Draw+x> when "destroyed". The intention is as clear as daylight.

Note: The BT-03 Union Impact gives a new digitama for purple that absolutely pursuit this strategy, it is [BT3-006] Demimeramon with his inheritable effect "When destroyed: Draw+1. Discard 1 card from your hand". It may be a better option than the digitama [BT2-008] Yaamon that is using in this deck.

Getting heat-up with all preparation 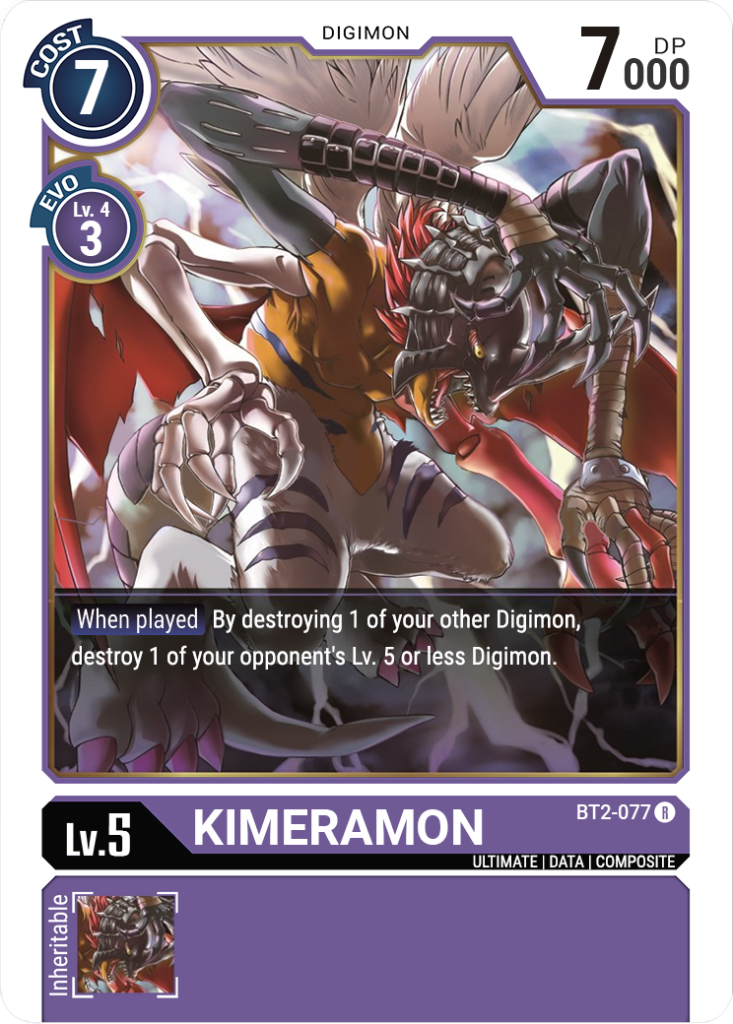 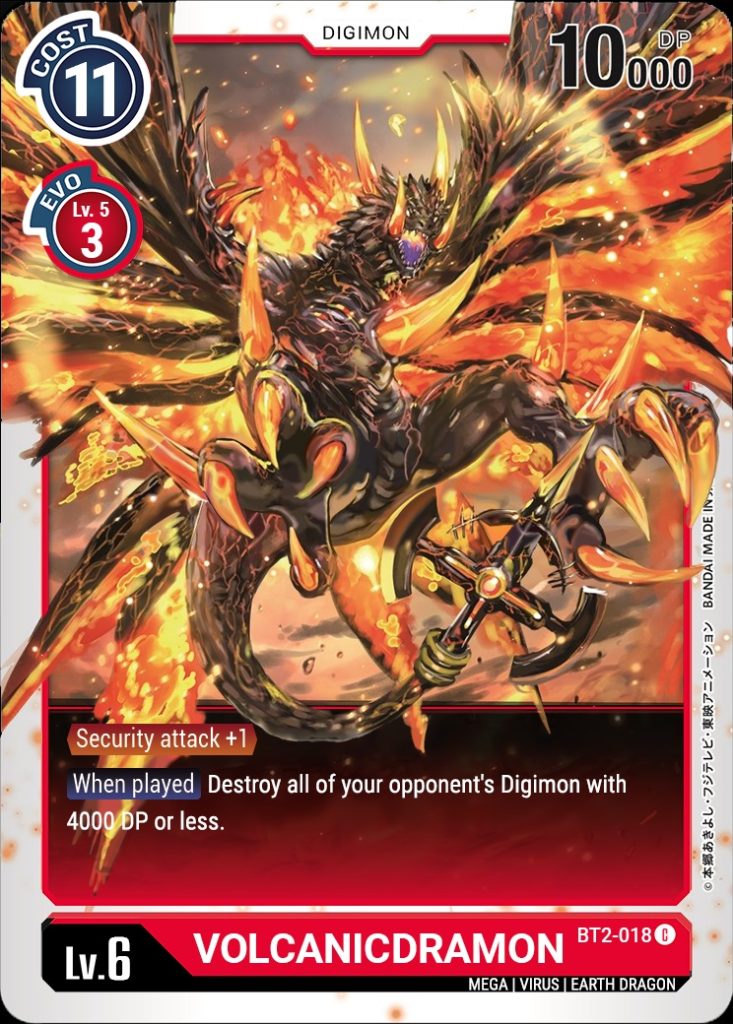 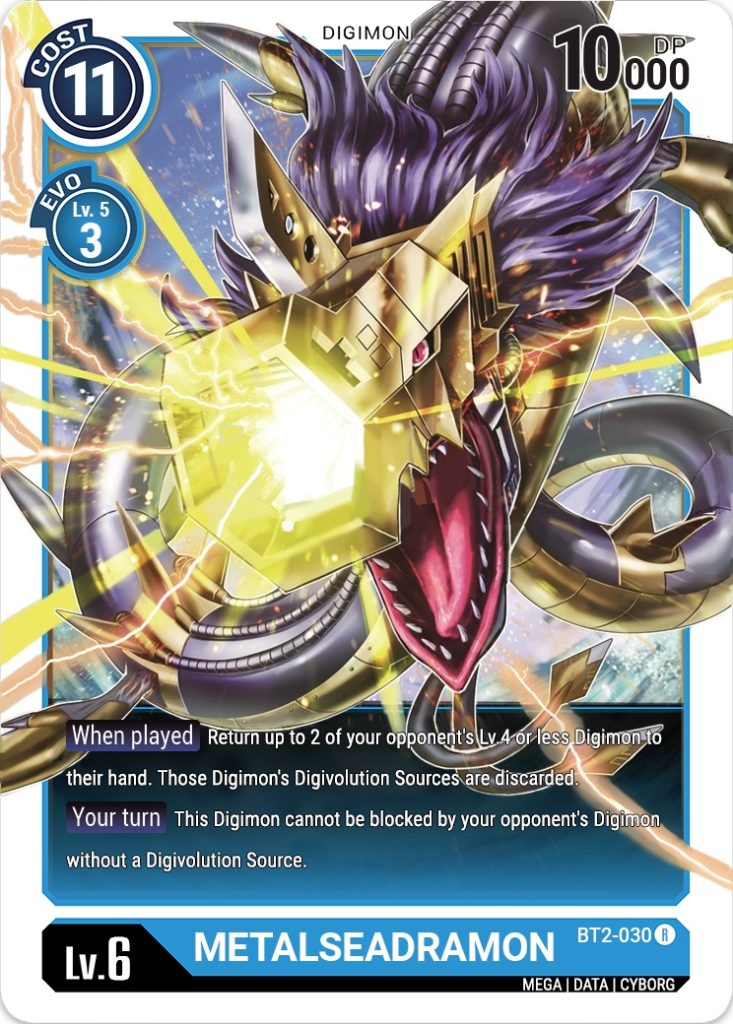 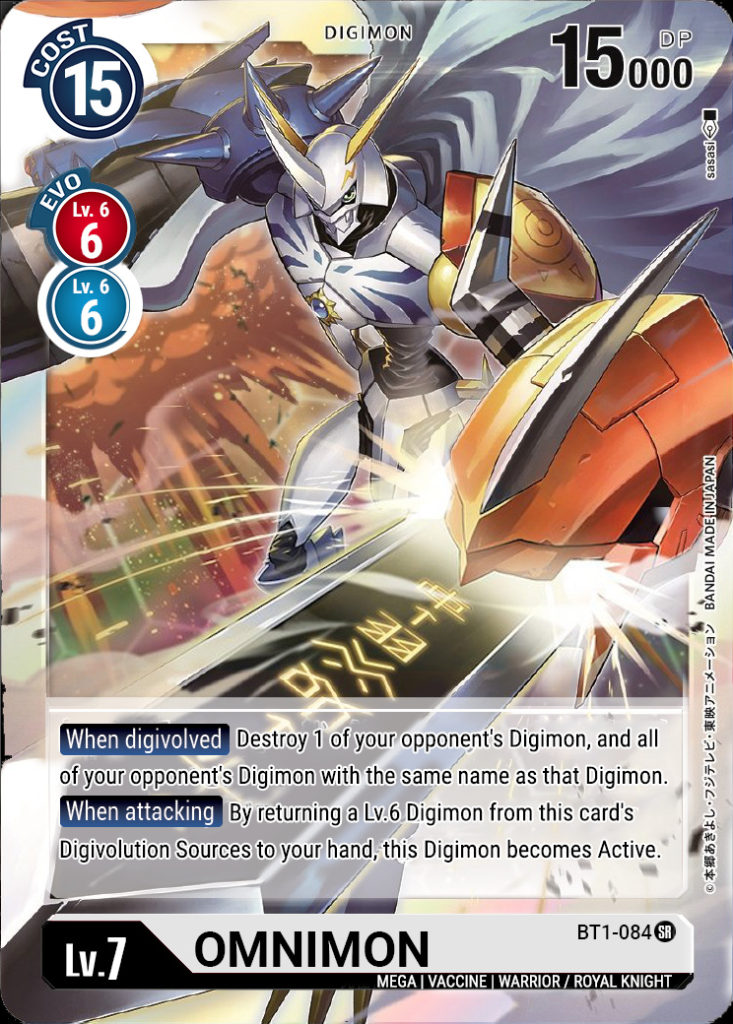 The hard-play style will always summon digimon by playing directly, it takes much more cost than digivolve. But that is the strategy, each of them has their own role to achieve the success of the plan. All these cards has 4 of them in the deck, that is the reason why <Draw+1> is a must. The LV5 [BT2-077] Kimeramon, [BT2-018] Volcanicdramon and [BT2-030] Metalsedramon, they are all able to destroy opponent digimons directly once "played". The Red [BT2-018] Volcanicdramon is popular for avoiding Rookie-Rush play in the game. Because you are giving opponent too much memories when you hard-play, so this card is very important for the deck.

Once the LV6 [BT2-030] Metalseadramon got summoned, next we can digivolve it to [BT1-084] Omnimon. By digivolving this digimon, it also destroys one of opponent's digimon. Not only that, you can return the LV6 Metalseadramon back to your hand (when attacking), this digimon becomes active, his 15000DP makes him hard to be killed when checking security (except for some option cards that can destroy him)

Now talking about the scenario when the opponent sweep out many security cards, putting the [BT2-039] Magnadramon to back-up the loss seems a good idea, it recovers up to 2 security cards.

[ST1-016] Gaia Force is the most popular option card to deal with any digimon directly, while [ST2-16] Ice Wolf Claw returns one of opponent digimon back to their hand (discard the digivolution source) and [BT2-110] Trump Sword to destroy one opponent active digimon

Note: The Black blocker digimon [BT3-075] Craniamon, once it is on battle, no option card or effect can destroy it and other blockers, even Gaia Force or Trump Sword.