With the new release of BT-7 the Next Adventure, there are some huge boosts for purple players.

Let’s get off with the key components of the cards themselves.

A Lilith loop deck is always for late game and we need to accumulate as much trash as we can to trigger jack raid and her ability. Here is my new purple deck that won me first place in my local tournament. 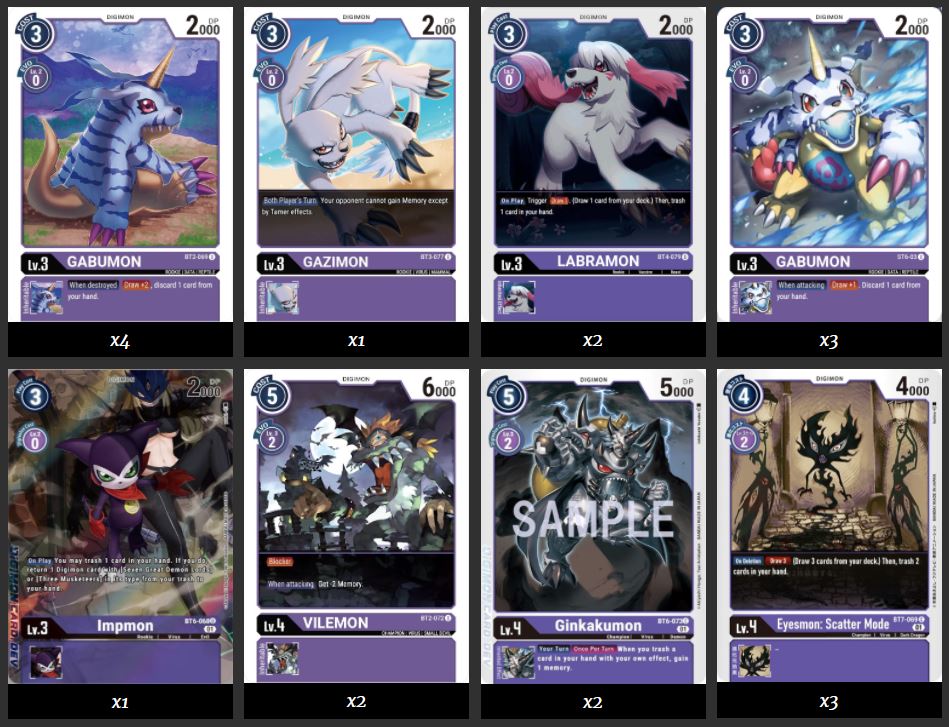 First, the synergy between these 3 cards is the best for the early game since the new addition of Eyesmon Scatter mode’s on deletion effect allows you to draw 3 and discard 2 which is similar to our BT3 LadyDevimon.

If you have an Eyesmon Scattered Mode on play with a Gabumon BT2 in its digivolution source, when on deletion you can activate their inheritable effect and deletion effects to draw at least 5 cards, 6 cards if you have Demimeramon (BT3) and gets to discard at least 4 cards for Lilith/jack raid synergy.

In this deck, we’d usually trash as many Lucemon or Lucemon FM Mode as fast as possible to trigger dead or alive.

Whilst on deletion, if you happened to have Eyesmon in your hand, you may discard them as well to special summon them from the trash since Eyesmon Scattered Mode was deleted and remained in the trash.

This will allow a board swarm for your next turn or you can digivolve your Eyesmon to digivolve further to a LadyDevimon thus trashing even more cards. 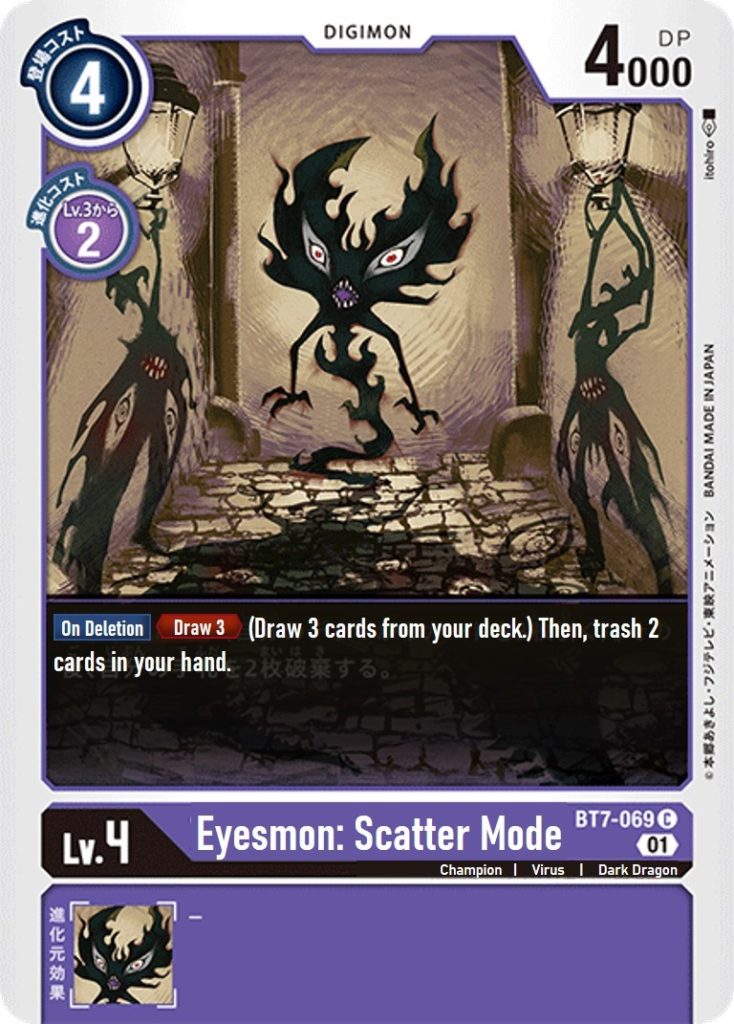 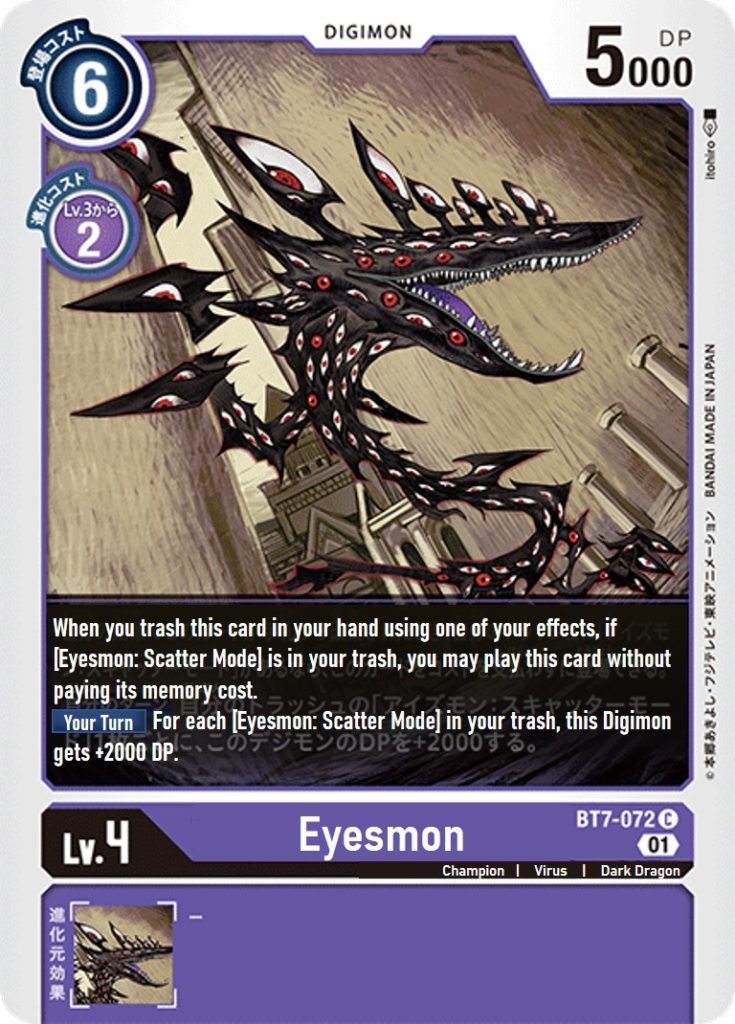 Why play Anubimon you say?

Firstly this is a late/control game and it really depends on how long you can hold out with your securities.
With Anubimon, you will definitely be able to summon Lucemon (BT4) for recovery+1 and also creating board presence. 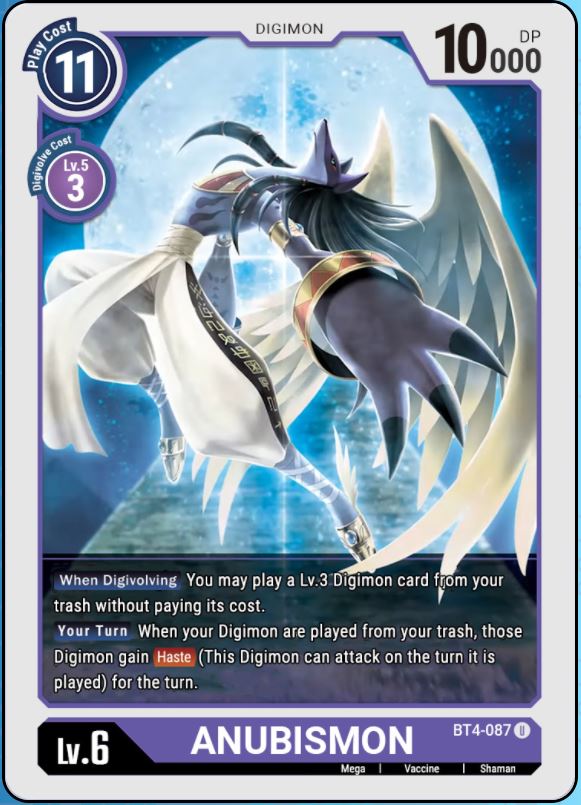 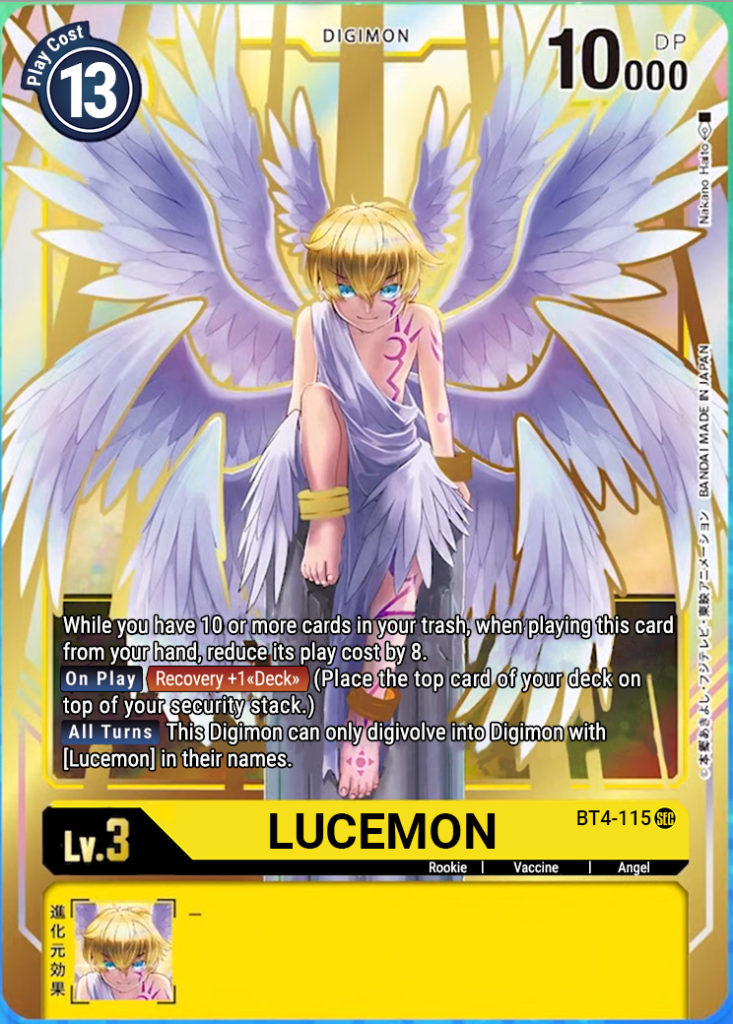 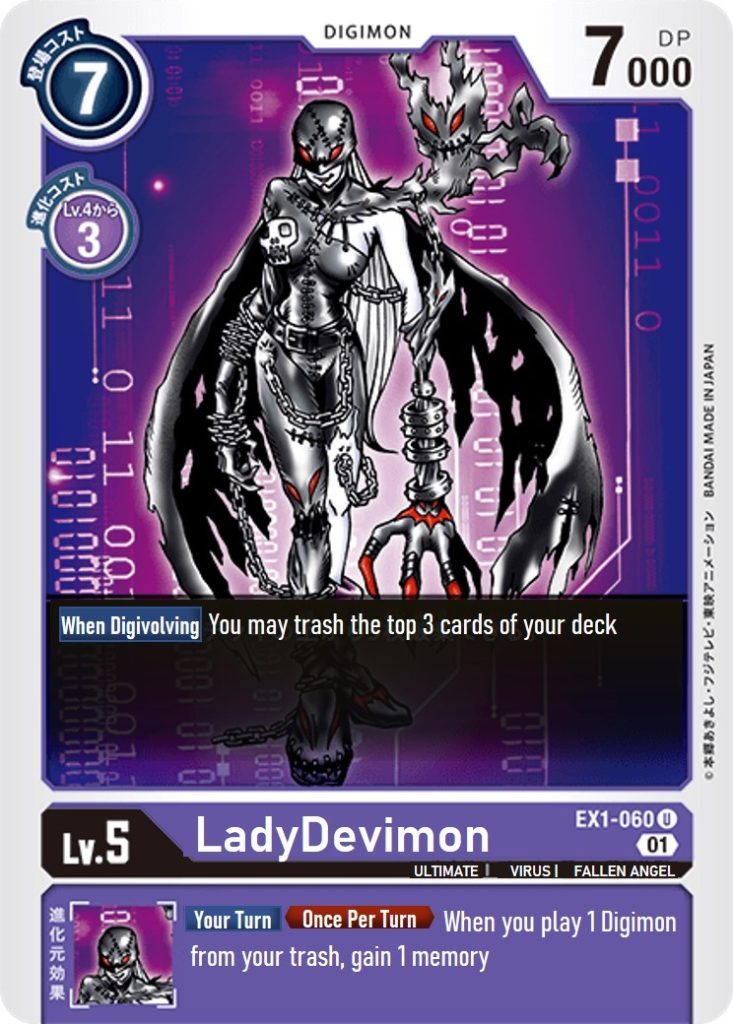 EX01 LadyDevimon is a good addition to this deck since it allows you to gain memory+1 for a Digimon summoned from your trash.

That way, digivolving her into an Anubimon will only be a cost of 2 with the memory gaining effect from her inheritable effect.

Even Dead or Alive can work through her inheritable effect since you are summoning a LV5 purple Digimon or Lucemons.

BT3-Mimi Tachikawa will be good support and combo with Lilith and Jack Raid, and further decreasing the cost for Dead or Alive if hard cast. 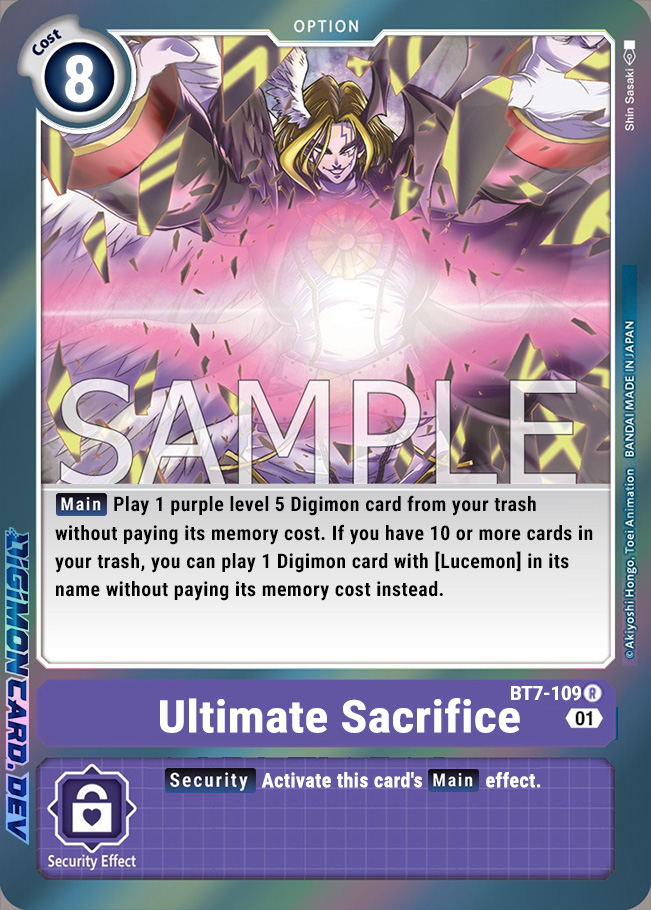 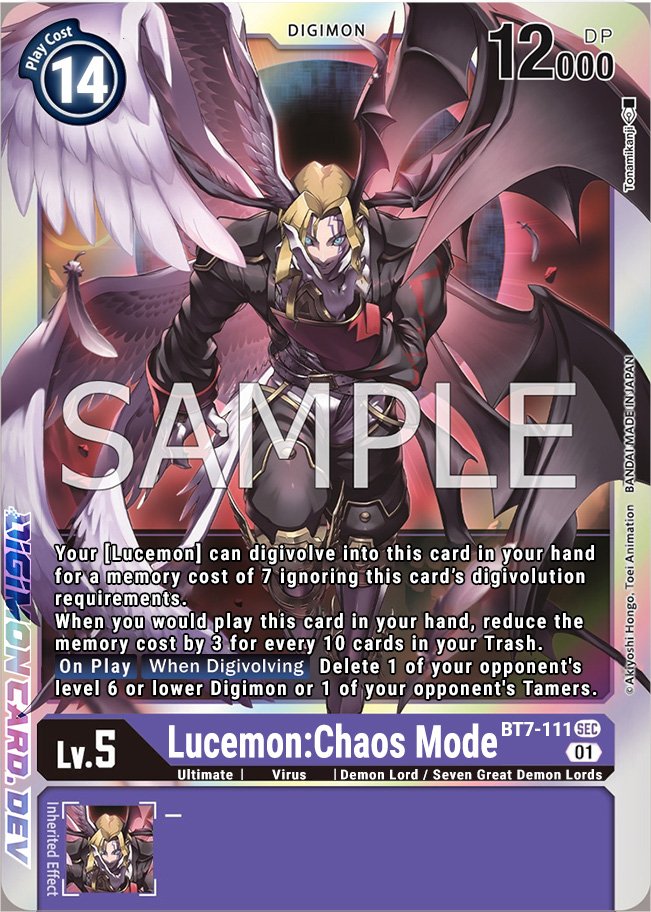 Now and for the finale, once you’ve built up your trash with at least 10 or more trash, the magic begins.

Let’s say when you have a Lvl 5 digimon on your turn, you may first start playing Jack Raid and gain 1 memory, thus when digivolving into a Lilithmon you may also return some 2 purple option cards from your trash.

Depending on the situation, you may always spam Jack Raid to gain enough memory and playing [BT7-109] Dead or Alive for a cheaper cost and then summoning Lucemon FDM to either remove a Lvl 6 Digimon or below or a tamer.

If both Lilithmon and Lucemon survive in the next turn, rinse and repeat by digivolving your Lucemon FDM to a Lilithmon and returning 2 x Purple options, either Jack Raid or Dead or Alive.