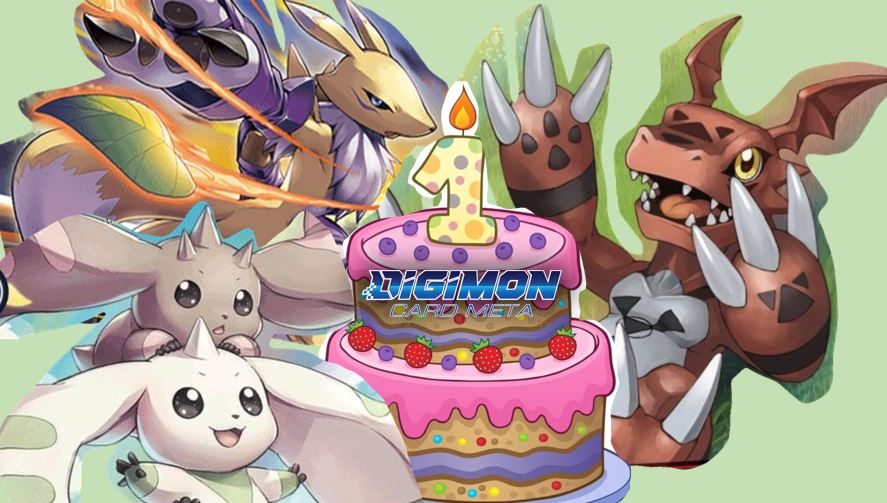 Although the Digimon Card Game launched in April 2020, our first foray into this card game began with the tepid purchase of 2 starter decks and 1 BT1 booster box in August 2020. What started as a simple desire to spend time together learning and playing this game became a deep fondness and appreciation for it. We loved the illustrations, art style, gameplay, anime and Digimon characters which made this franchise an immersive experience.

Digimonmeta was first conceptualised on the WordPress platform and was named digimonmeta.wordpress.com. On the very same day, the Facebook page, Twitter, and Youtube channel were all created to better connect with our audience. 2 weeks later, we decided that our site should have a proper domain name, and at that moment on 15 September 2020, digimonmeta.com was established.

Digimonmeta’s initial months were fraught with challenges that were tackled by a writer-engineer team with little prior experience in running a site. It took considerable effort and time to set up a functional layout that incorporated proper code to consolidate winning decklists which is now the most popular feature of this site. Once we became better versed with the card game’s rules, gameplay and competitive meta, we reorganised and expanded the site, driven by our vision to be the one-stop resource for all players and our community. We are enthused to be able to connect with players around the world and heartened that our site facilitates the sharing of the latest news, hottest decks of the season and top-performing meta builds.

We are extremely proud to announce that this month marks the one-year anniversary of Digimonmeta. We would like to take this opportunity to sincerely thank our contributors (writers) and players and the hosts who shared winning decklists with us, for this site would be naught without your kind contributions. We would also like to express our appreciation to DTCGReview – the place where we first referenced the winning decklists from, and DigimonCard.dev – the site that provides the best English proxies for the Digimon Card Game that Digimonmeta use to update the card database. Lastly, we would also like to extend our gratitude to all our readers for your patronage and love for the game.

10 thoughts on “Celebrating Digimonmeta’s 1st anniversary: a word from the Digimonmeta founders.”