So Kanbara and Koji can pull 5 [Hybrid] cards from your trash or hand respectively in order to digivolve into Kaisergreymon or Magnagarurumon respectively. But did you know that the second (digivolution) clause is actually a choice?

A choice not to digivolve. This was made clear in Q12 of today's FUN Digica #99 (around 7:40). The question went like this: by discarding 1 card from using "Win Rate: 60%!" and activating Kanbara's effect to put 5 [Hybrid] cards under him, can he defy digivolving into Kaisergreymon but instead, digivolves into Agunimon for 0-cost? and the answer is a resounding YES! 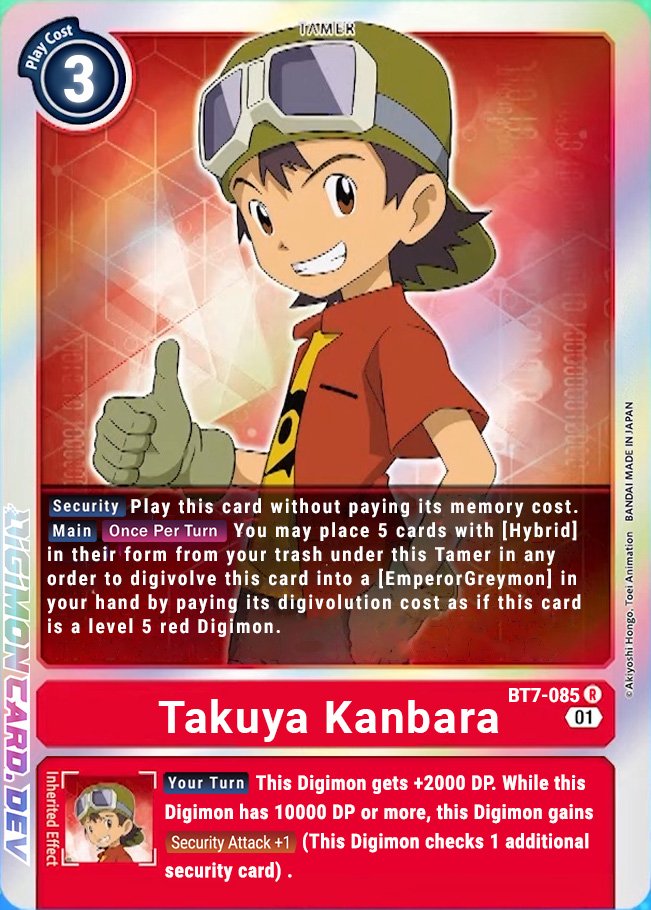 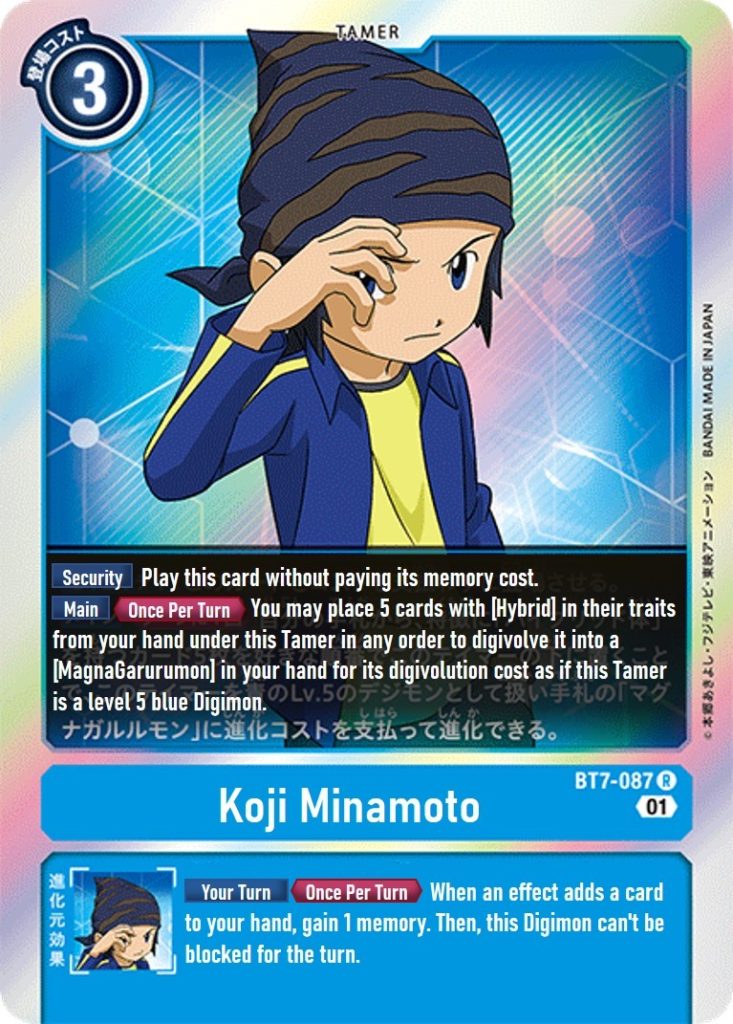 Effects that trigger this way are quite an oversight, and will usually not be exploited unless confirmed through official channels. So now that we've gotten our confirmation, what exactly do we expect to exploit? 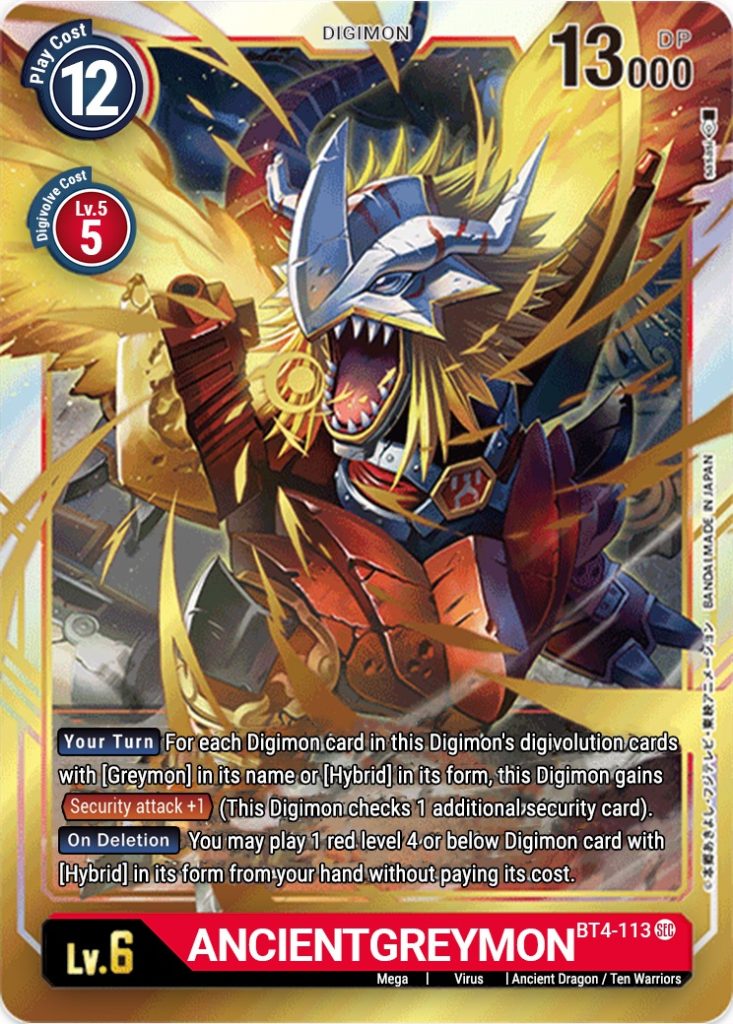 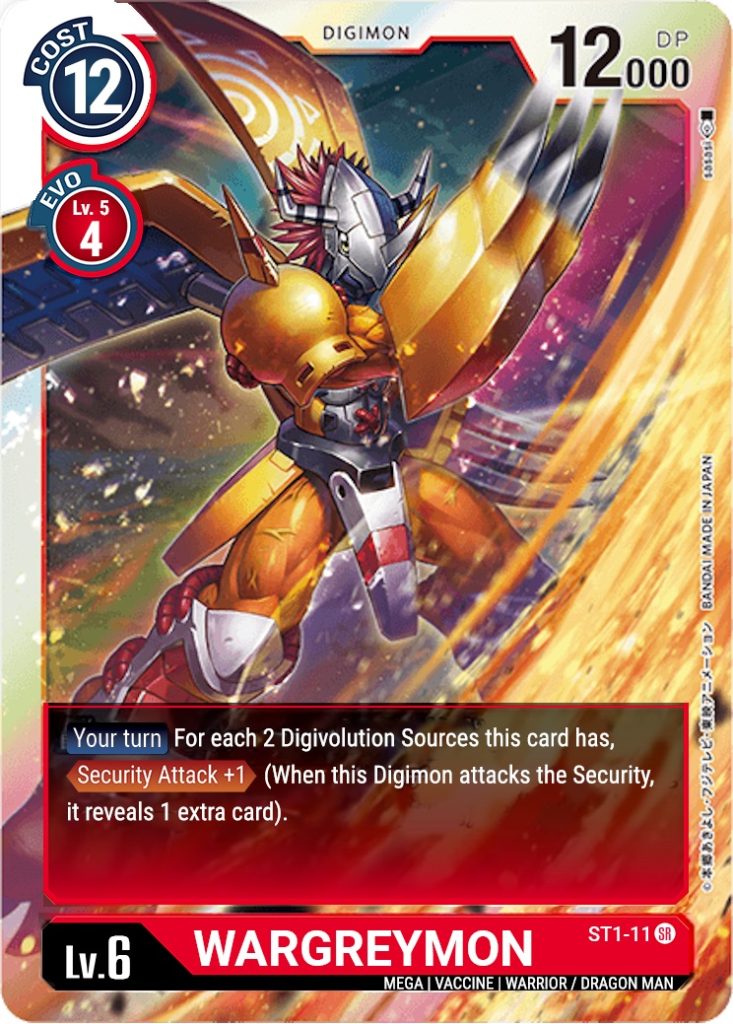 By putting 5 [Hybrid] cards under Kanbara, and opting to digivolve into a LV4 hybrid (such as Agunimon) instead, leaves the door open for a larger variety of further digivolutions: one such route would be to digivolve into [BT4-113] Ancientgreymon instead (through any other LV5s, preferably a 1-cost hybrid), which would make for an insane 8 security checks in one hit, potentially bundled with other effects such as option jamming and piercing.

Under a similar configuration, one can also digivolve into a [ST1-11] Wargreymon for a simple 5 security checks (though this is far less effective compared to Ancientgreymon). 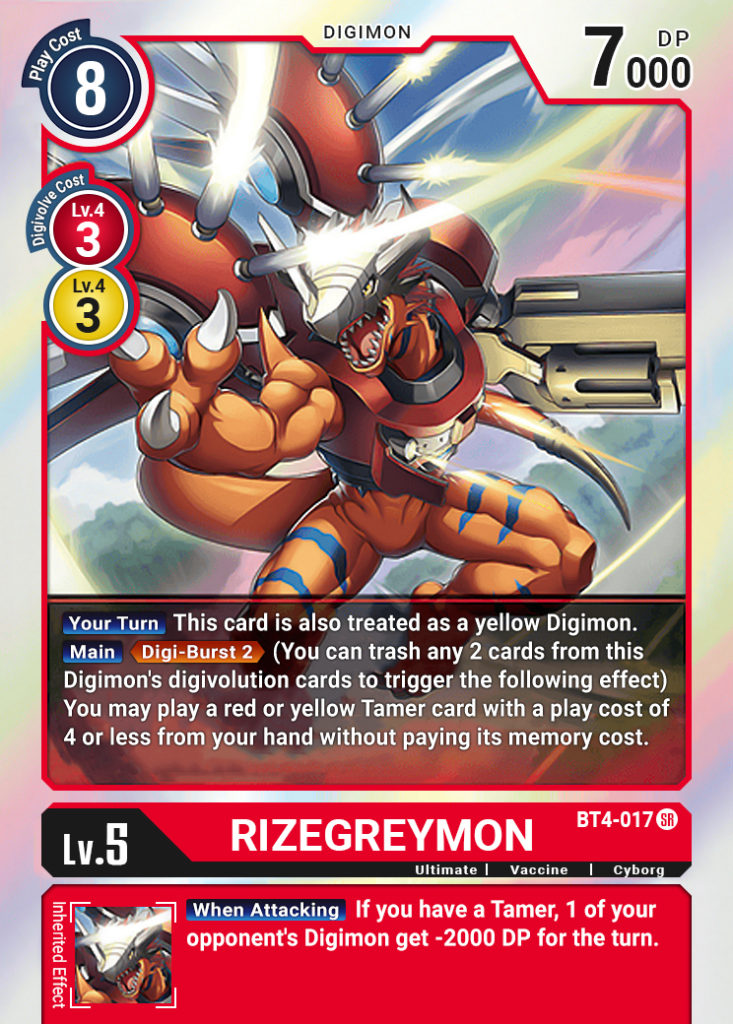 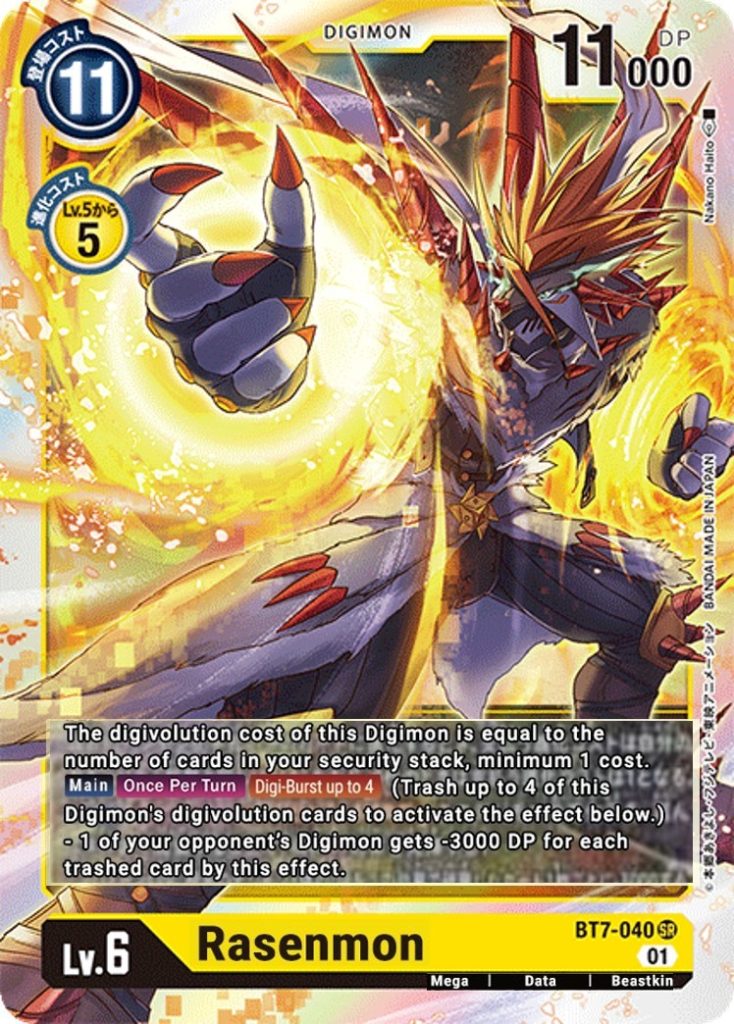 Another digivolution route under this configuration would be to go for the LV5 [BT4-017] Rizegreymon, and subsequently into [BT7-040] Rasenmon.

With a total of 7 digivolution cards, Rizegreymon can digi-burst up to 3 times, allowing the player to field more tamers such as Kanbara or others (depending on deck config) in one fell swoop!

When digivolving into Rasenmon, the large surplus of digivolution cards can also be used to guarantee maximum DP reduction (of -12000 DP). 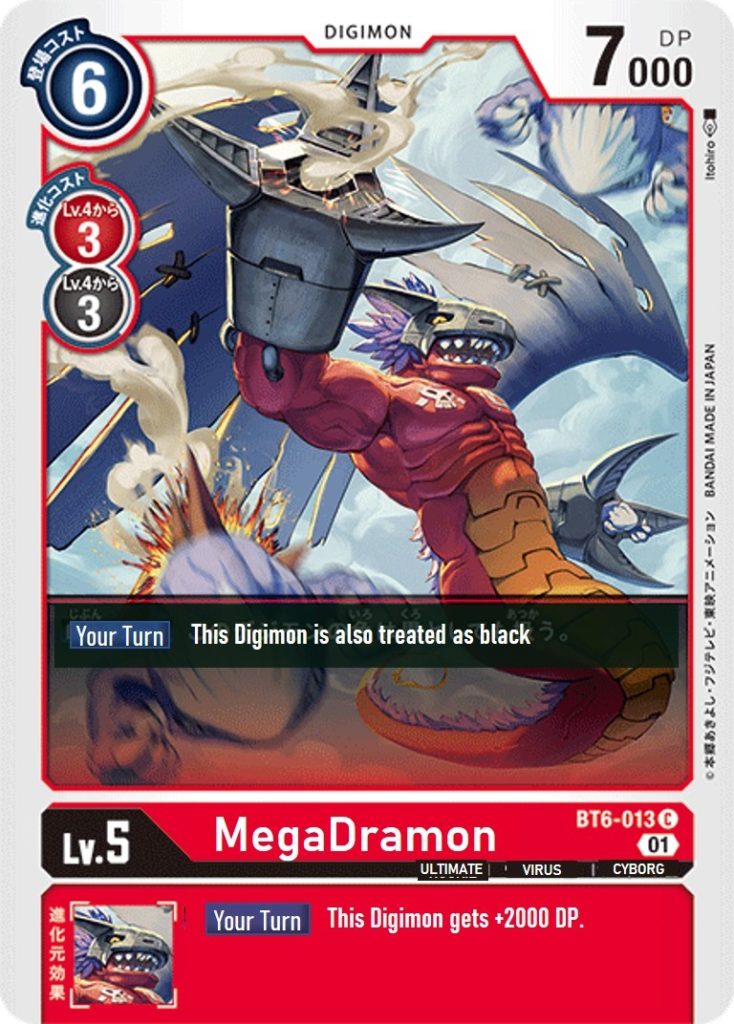 Another idea would be to digivolve into [P-026] Blackwargreymon (through any red/black LV5s such as Megadramon). When digivolved this way, Blackwargreymon will have 8 digivolution cards, allowing him to unsuspend up to 4 times! And since he will also inherit Kanbara's [SecurityAttack+1], he will be able to translate his attacks into 8 security checks + 1 winning hit!

Above are just some combos that came into mind with this exploit. What other exploits do you see? Do you think they will work in a competitive deck? We are excited to find out in the coming months!

One thought on “Defying a Hyper Spirit Evolution”