We frequently received the question " I am new to the game, should I buy a starter deck or should I go for a pre-built meta deck?".

If this question was asked during the BT1/2 meta then my suggestion would be easy: go for a starter deck to understand the game mechanics and whether the color works for you and your playing style, and decide which deck or Digimons you want to invest into. (You may refer to the article: Digimon Card Game: How to Know Which Color suits you the Most)

But if someone asks me that same question now with English is moving into BT6 and Japanese at its 7th booster set then the answer is no longer that.

Usually, when we decide to buy starter decks we would normally purchase 2 sets for each color just to have a playset of certain cards (such as Gaia Force and Nail Bone, where only 2 copies are included in their respective starter decks). However, there will be many vanilla cards or even SR (Super Rare) cards that are no longer competitive in the current meta hence would be a waste. So I would now instead suggest to try your hands on a meta deck that is easy to play, has a straightforward strategy, and affordable. A strong first deck can help to boost your confidence in the game. Haha!

I think that the deck color that can satisfy most new players are red and blue.

In my opinion, a red deck's playing style is the most straightforward: stockpiling and going for big hits, trying to finish the opponent's security as fast as possible. Though its defence is gradually improving through the new metas it is still not comparable to other (natively defensive) colors like yellow or black.

Article to check out: Hello Colours

Strong red decks such as Shoutmon-DX in BT5, Jesmon and Agumon Bond of Courage in BT6 are all great decks to experience if you want to play red getting into this card game. 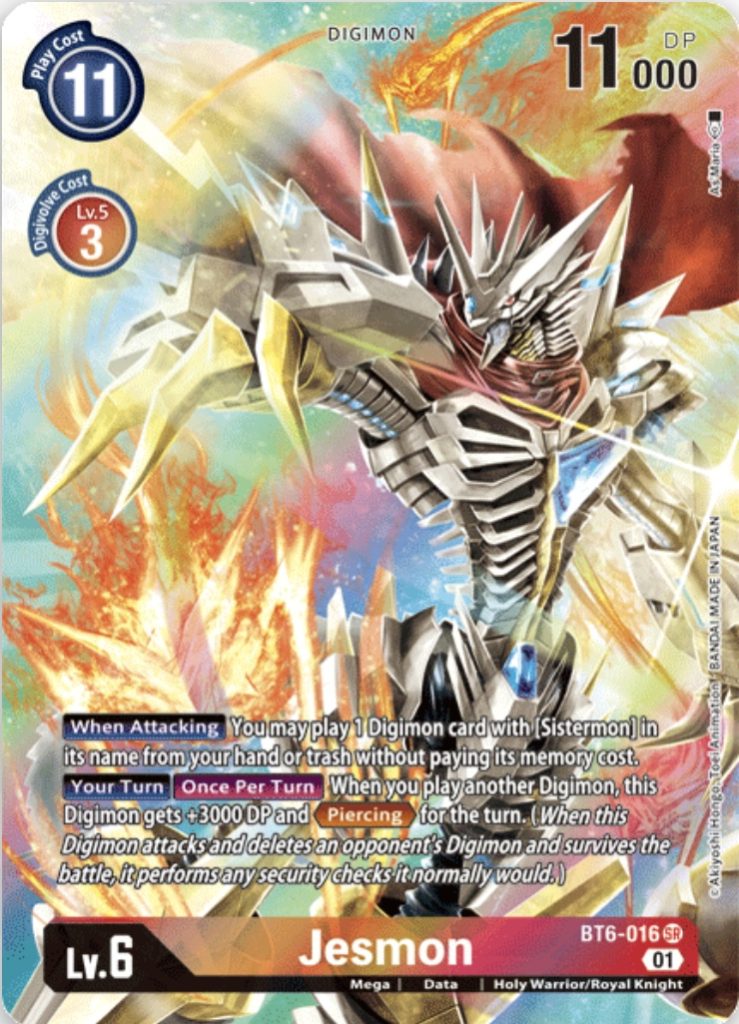 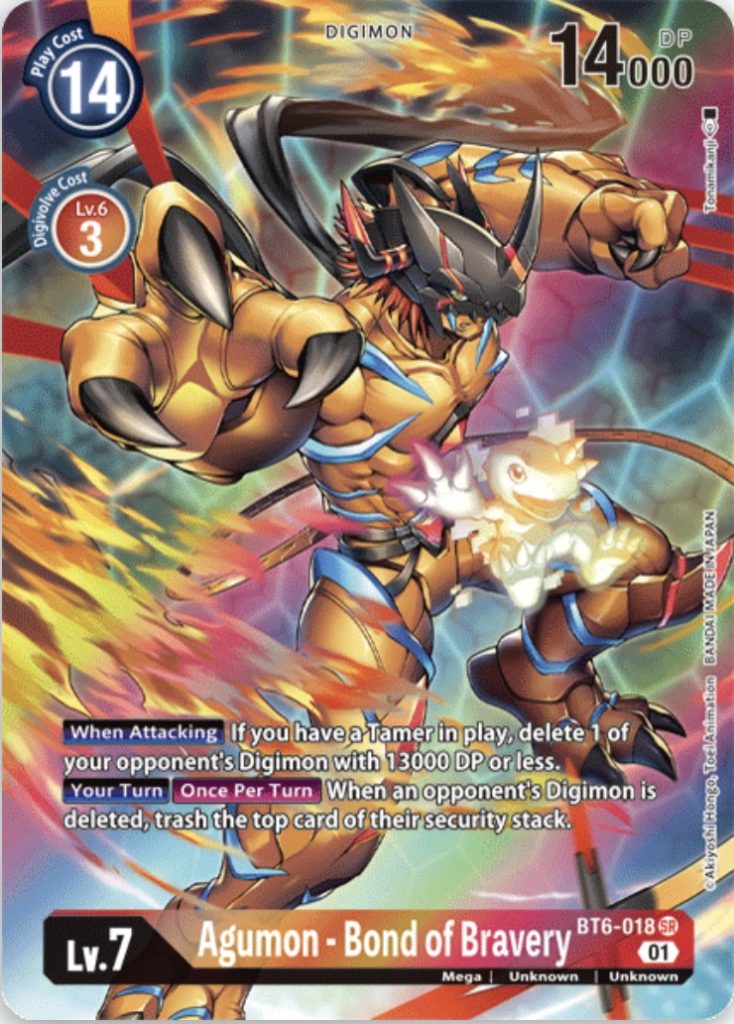 For the cost to build these decks, I believe that they would be very affordable as long as you do not go for the Alternative Art cards. 🙂

Blue color deck for first-time players
Not all blue decks are easy to play (for example the blue Imperialdramon deck and Hexablau-Qinglong decks), requiring lots of foresight into the game. One of the easier blue meta decks, in my opinion, is the blue Gabumon Bond of Friendship (BOF) deck. 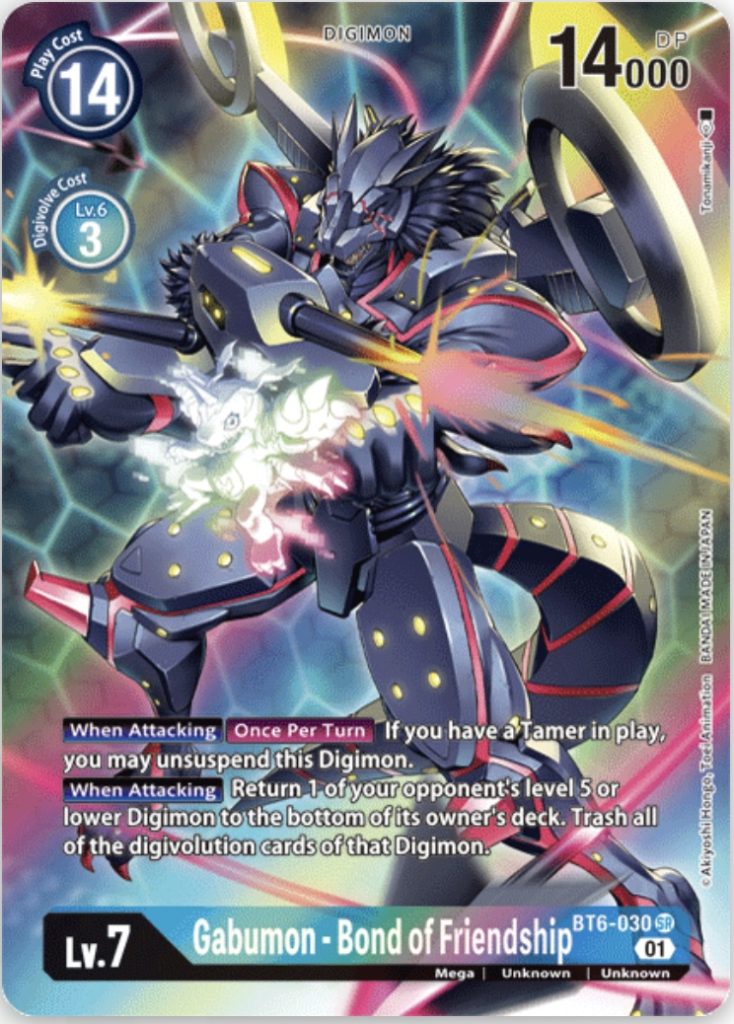 In BT6, the Gabumon BOF deck is best when run with AncientGarurumon, allowing for rapid attacks through steps of his digivolutions while having strong board control, always having a solution to move your game. This deck however, can become pretty expensive due to the Secret Rare AncientGarurumon.

This Gabumon BOF is still playable without AncientGarurumon, but you might get stuck if you are not able to draw your tamer cards (which is where AncientGarurumon comes in). Not until the next EX1 set when we will have a LV3 Gabumon that provides a tamer-searching inheritable effect that stabalizes the BOF deck without needing AncientGarurumon.

Other good decks to start with
If you're into winning and in a tight budget, a yellow/green rookie rush deck would be quite formidable (you might need to swap out that $40 Pulsemon for something else). However, I do not think that the mundane routines of a rookie rush deck is enjoyable to play with hence will not recommend it for first time players getting into this game.

Every color in Digimon Card Game have a unique playing style and I believe that player will tend to try different colors as they spend more time in the game, ultimately finding comfort in their most suitable playstyle.

I am glad to see the Digimon card game community growing larger day by day, with new players coming into this game. If you are new to this game, I hope that you would find some useful information here to start your journey, and hopefully stay with the game for the longer term.