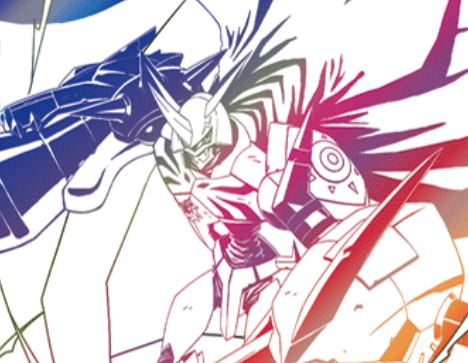 This month we saw a dramatic price drop in BT6 white Omegamon (Japanese version). One of the reasons is perhaps that Bandai has also released an English version for this card for BT-06 hence a decrease in global demand. 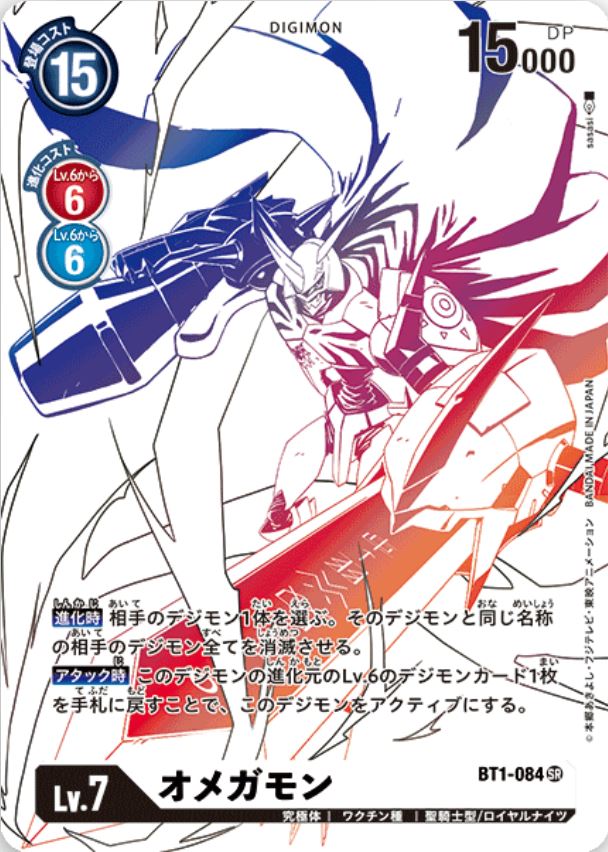 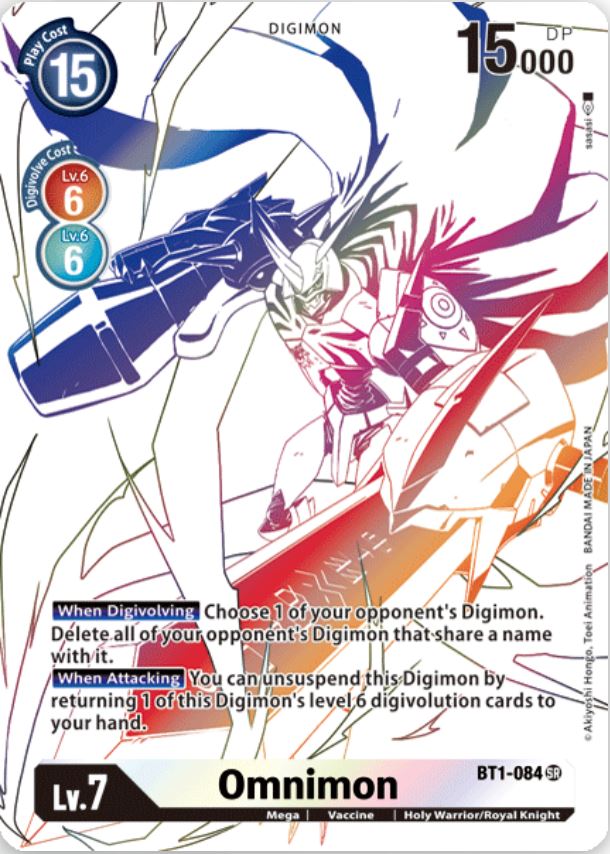 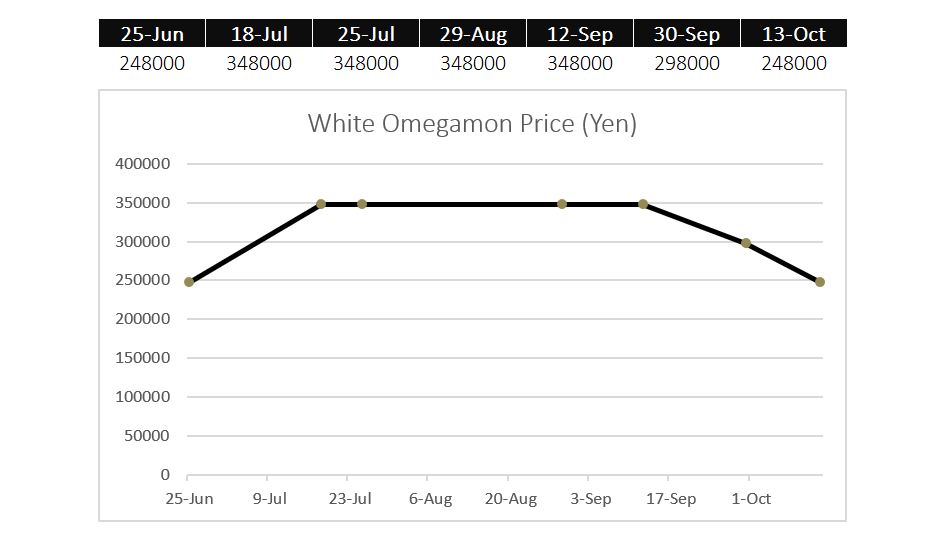 The above chart shows the price of BT6 white Omegamon (JP) in Yuyutei from the month it is released until this month (or more precisely, 13th Oct). There is no record for this card in Bigweb and Yuyutei on May 2021 as it was out-of-stock, but actually Bigweb had never had any price listed for this card on their site ever.

The price of the Japanese BT6 white Omegamon has begun dropping since the end of September, when Bandai announced the white Omegamon for English (many had earlier presumed that the white Omegamon being a Japanese-only print), and has continued to tank in recent weeks with the pre-release of BT6 Double Diamond in Europe, Latin America and Oceania.

For the English ver of BT6 white Omnimon, there is no stock or listed price in TCGPlayer or TrollandToad at the time of writing. 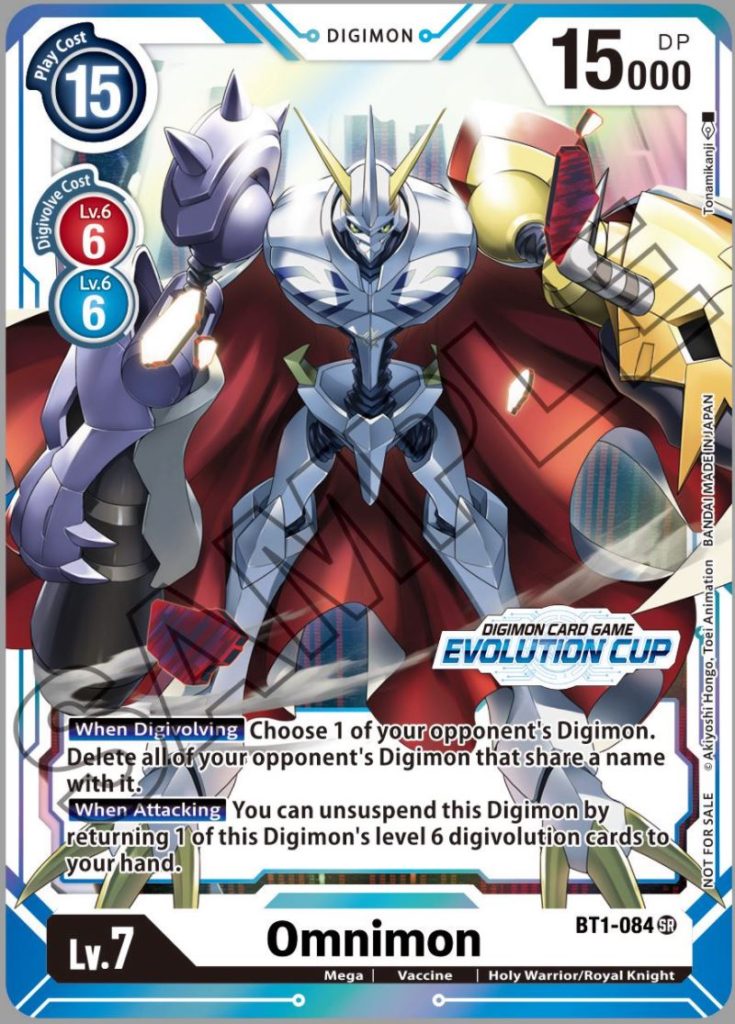 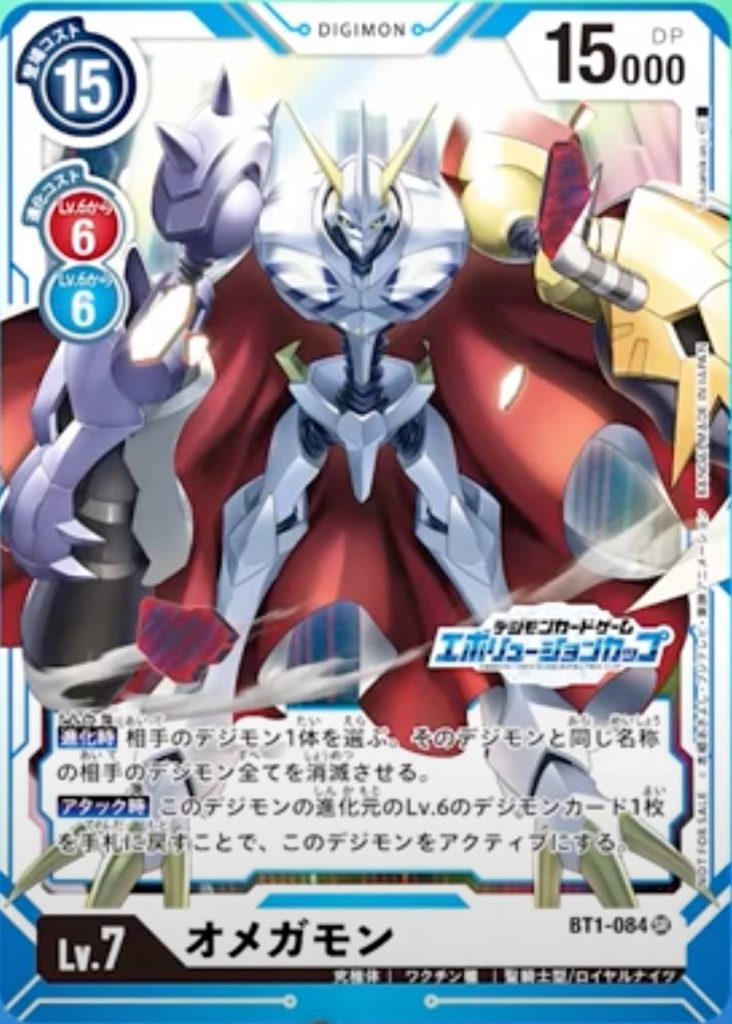 Compared to the BT6 white Omegamon which sort of reused the original BT1 art (from Sasasi), the Evo Cup Omegamon features an entirely new art illustrated by Tonamikanji, and is only given out to the top-2 players of every Evo Cup event. Since the Evo Cup was only hosted for 4 months (from July until October 2021) in Oceania, North/Latin America and Europe. we would be able to estimate the number of Omnimons given out to every top-2 winners for every event.

We estimate the total number of this English Evo Cup Omnimon to be around 100 copies (estimated till today, Oct 13th 2021).

We weren't able to gauge the price of this card in the secondary market since it hasn't shown up in any card selling platforms yet, but we foresee that this card will not not be cheap.

Bandai has planned to host the Evo Cup in Japan and is giving out the same card (in Japanese) to the top-2 winners of each event, but the entire Evo Cup has been postponed due to the pandemic.

The white Omegamon/Omnimon is by no means undesirable, but the recent prices may start to reflect it's actual (short term) value. This is very much still a collector's chase card, and will continue to garner good prices moving forward.