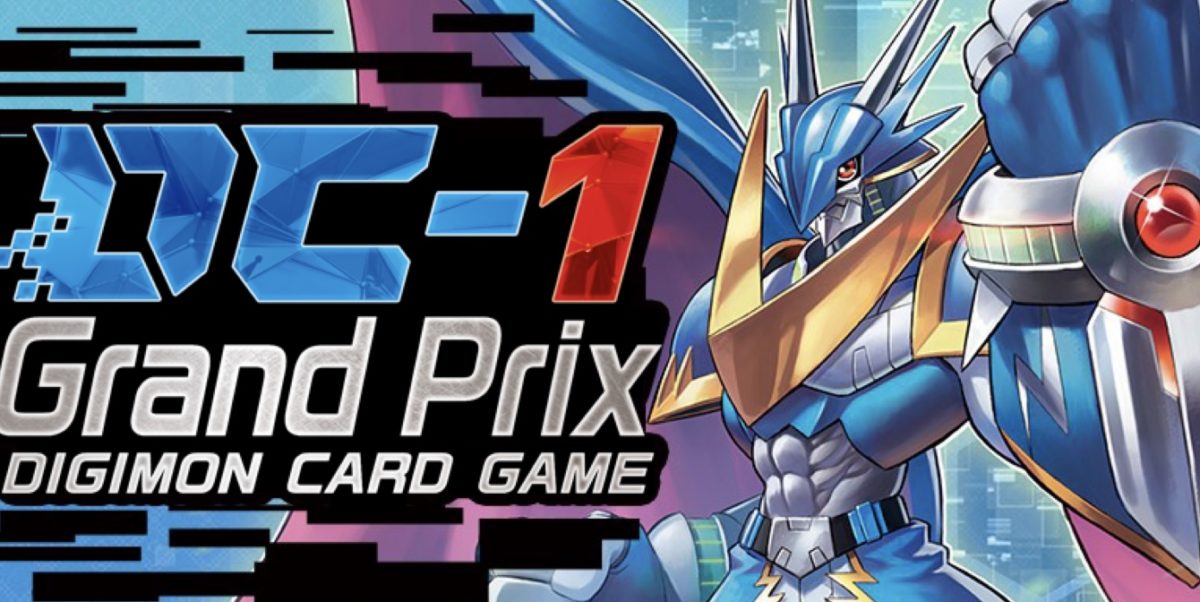 I was looking forward the Gabumon Bond of Friendship deck since its appearance in the first places of the Asian tournaments, and I knew BT6 was the time for blue to shine again (I’m a blue player). But, there were two variants: the most “popular” was the Gabumon BoF+ AncientGarurumon variant, and then there was the full BoF, rush variant.

After trying that deck on a few online matches, I took some cards away and I built what ended to be the final deck:

1.- I had no Cocytus Breath (A friend had them) so, instead, I just used four copies of Raddle Star.

2.- I just had two Blue Memory Boost and, instead of running a third copy of it, I put a third Davis Motomiya, and that worked perfectly!

3.- I faced some situations where my only rookies in hand were Veemon so, the synergy got lost when I needed to evolve into GabuBond, and I changed it for the Gabumon that let’s you draw.

4.- I didn’t manage to pull a fourth copy a the promo Gabumon I used a replacement to search for tamers, which is the Strabimon you can see on the list.

5.- While play testing, I noticed that there were some times where I felt vulnerable to my opponent’s attacks and then I decided to run a couple of blockers, instead of the two Gomamon.

6.- The Coredramon almost never showed up from the security but instead I played them from my hand, specially when both me and my opponent had memory-tamers on play. For example: I started my 3 memories, I hatched, evolved into a Gabumon for zero, then I played a Coredramon to draw 2 cards, and then I passed the turn to my opponent with their respective 3 memories.

So, after reaching into those conclusions, I still wanted to try the AncientGarurumon variant so, the guy, that played against me on those online matches, sent me this recipe:

And I had to change a few cards:

2.- Veemon for x4 promo Gabumon (for the synergy)

3.-  x3 Lobomon for tamers, because it a must-see, during any match.

6.- I didn’t feel the need to run that many memory boosts, so I didn’t played the Howling Memory Boost, at all.

7.- For defensive purposes, I played 2 Grizzlymon.

The same friend coached me the night before the tournament, and in 2 hours he taught me what the deck does, how to play it, how to play against other decks, and was it. I had no other play-testing. We reached to these conclusions:

1.- The AncientGarurumon variant required too much effort to set it up to just do 2 checks, and crash against something in the security.

2.- While it gave me more options to play, and It didn’t feel bricky to me, because if I didn’t have the BoF, I had Hybrids, and vice versa, it was slower than the rush variant.

So, it was a no-brainer and the full BoF, rush deck was indeed the best option.

The way to play this deck is quite “simple” but you have to make goods decisions, as always, since you could leave yourself “in a silver plate” for your opponent to win, if you don’t play the level 7 at the right time.

Turn 1: Hatch, evolve into a Gabumon, play another Gabumon to draw/search or play a Matt Ishida.

Turn 2: Promote the Gabumon from the raising area, and attack with both and/or, evolve into a champion, like Gorillamon to either clean the opponent’s table or to have more probabilities of surviving against the security (yes, this did actually happened). Play another tamer/memory boost/Gabumon or even a Coredramon to pass the turn.

Turn 3: Hatch, evolve into your BT6 Gabumon. Keep attacking with your available Digimon, play some others, or evolve to repeat the turn 2. evolve into a blocker if you think that your opponent can bring a surprise attack.

Turn 4: By this point you opponent should have 3 or less securities so you have to promote, evolve into BoF, attack 3 times, attack with your rookies/champions and/or, evolve a tamer into a Lobomon (You should at least have one in hand after all that)  for the last attack, and win.

I played against a Jesmon, for the first time in the format. I’m not sure why, but it didn’t feel as aggressive as I was told it would be. Maybe due to being bricked or due not being able to build it properly because of lack of resources.

Not much to say. Same as the R1, the so called meta-deck wasn’t as strong as I though it was going to be.

This was a true Jesmon. I lost the 2nd match, but I learnt how to play around it and how fast I should be to play my deck, that’s how I got to the conclusion that by my 4th turn it was determinant to finish with GabuBond, and not take more time than those 4 turns.

This match was a little more elaborated and my opponent kinda played like a  3 Musketeers should play but, still, too slow to set up to avoid the whole Gabumon set up. As everything occurs in an area that it's almost untouchable for the opponent, and the first “small” attacks, made with the rookies and/or champions are simply underestimated, when those are an important part of the plan.

I won the first match because my opponent mis-played. He had me on the ropes. The second match was a good win, as I already kinda knew how to play against Jesmon but, it was a rough match.

IT WAS RADDLE STAR!!! Ok. The judge was on the table, I hate mirror matches, so I was very nervous about this match. I can’t remember if I won the first or the second match, but my opponent was kind of bricky on that one, and that’s how I won. He obviously won one match and then on the 3rd match, by my last turn he had a Grizzlymon, a Strabimon and a Lobomon, nothing on the raising area. And he had 2 tamers, at least, and so I predicted a 4th attack with a Lobomon, besides the other 3 possible attacks. He had like 2-3 securities.

I had a Grizzlymon, a Gorillamon, a Lobomon (one of those was suspended) and, since I had 3 securities, one blocker on play and he had 4 possible attacks, I considered that I was covered enough to resist during his turn and I had a BT6 Gabumon in the raising area and Matt Ishida so, on my next turn it was the end. But, I wanted to be sure to be able to break all the securities so, I played a Coredramon and ended my turn.

He attacked with his Digimon on play, I blocked the 1st one. For the 4th attack, as I predicted, he played a Lobomon, then, he played a Hammer Spark to play another Lobomon, and he won. I should have played the Raddle Star in my hand instead of the Coredramon because it was nearly impossible for him to avoid 5-6 attacks, and a possible Lobomon.

I was upset because of the last match, so I mis-played. I guess we both were tired and nervous, so we both played the best we could but I won.

First Match, easy win. He kind of didn’t know how the deck worked. Second match, I ate the whole loop-combo, for being too slow and for promoting the BT6 Gabumon when I didn’t have a GabuBond (I could swear I had it). Third match, got saved by Raddle Star, because I took away his lvl 5. that was going to be his Lilith-loop, and that was it. I learnt the lesson.