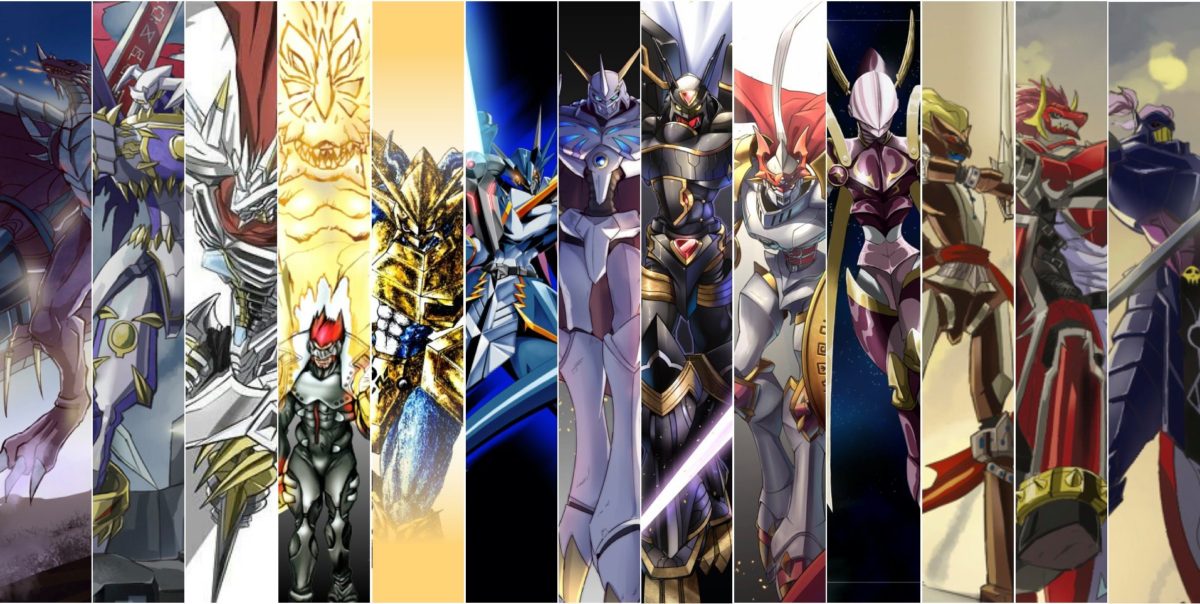 Merry Christmas to you guys over at Digimon Meta ❤✳

Hey Digi-Destined, DJSkittles back at it again with Royal Control!!
We left off last time with some Jesmon Spice, however given the current game state of Bonds posing some of our biggest threats we had to adapt and Digi-volve the deck Tech to keep up with all those speedy Bond decks.
For those who followed the deck's journey, we featured during an event shoutcasted by Hoang Zero, where we came out popping some Black Royal Knights.  However, sadly that version of RoyalControl wasn't strong enough to top. So we went back to the drawing board and waited for some new cards in ST7 & 8 with some EX1 spice. 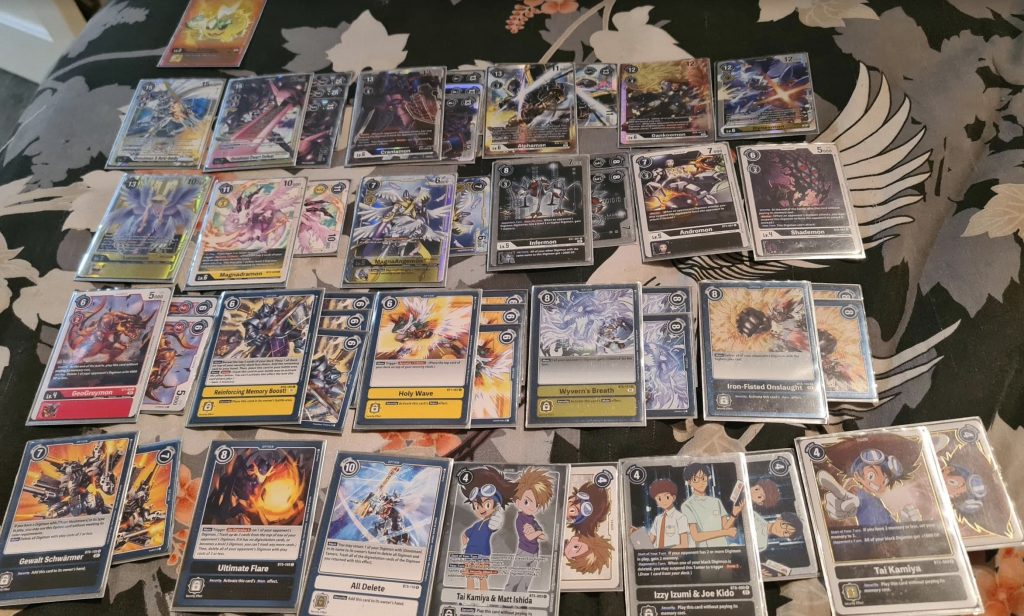 We wanted to have variety in answers, digimon that play free out of security. So we went 3 x Geogreymon that battle then pop 4k or less, very handy when against bonds or RR. 1 x Shademon for the blocker magic and our MVP 4 x Omnimon Zwart D.
We ran 6 x level 5's, this was to provide sources for a digivolve effect for Gankoomon to assist a boardwipe, or to provide sources in case of Hexablaumon to swing and in a rare case upto 2 sources to utilise Omni X Antibody's effect.
2 x Magnaangemon, because it's security control haha and a source for Dynasmon. Now I would never use the digivolve effect of Dynasmon in this deck just FYI, sources just matter sometimes.
3 x copies of EX1 Infermon, this catches people in odd ways. This cause a opponent's level 5 or higher Digimon digivolve to cost 1 more. This can be the difference between a swing for game or an outright loss. If we digivolve Craniamon on top of Infermon, our other Crania's gain 2k. 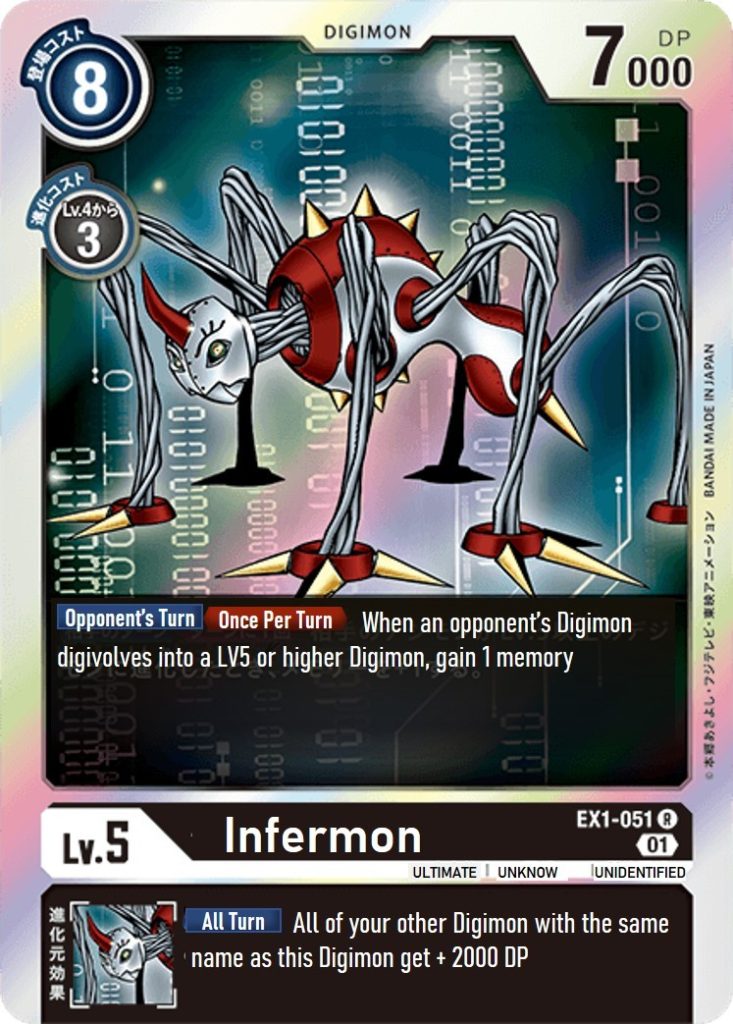 We run 2 x Black Tai as a memory fixer, and also to boost our Crania up. Combine this with a potential infermon source and Wyvern becomes irrelevant to at least 1 Crania. I did consider dropping 1 Infermon and going to 2 Andromon or 2 Shademon but I felt the ratio's and Gabu Bond swinging returning level 5 and lower just made anything besides 6's not worth inclusion.
A friend of mine once said, All Delete is a slept on card. With the current meta (looking at you Bond players) tamers are the coup de grace, so my plan was to utilise the digivolve effect of Zwart D or if the board state was out of control, remove the entire field.  Little did I know this would save me in Every Game on the road to Store Champion!
Matchups:
Against Eosmon who ended up placing second, he had 6 or 7 Eosmon level 5 on board and his full Tamer package to back it up. I had 2 security left and only 1 Tamer on field and he had just hit my Omni Zwart D.  He ended after swinging and I drew and played my All Delete.  This sealed my victory as the game was beyond recovery and Eosmon was unable to re-establish pressure.
I went against a Gabu Bond in the final round and removed 3xMatt tamers, memory fixers etc. from 1 All Delete. The game was still incredibly close, a final Matt was played and a Gabumon was pushed out of Raising, with 2 security left, it hits Holy Wave, Holy Wave and finally Iron Fist.
I was able to swing with Magnadramon for game, securing our Store Champion Event.

This variant instead of playing multiple copies of high costs we focused more on a wide range of tech, and multiple ways to clear board for different scenario's. We don't brick by drawing a hand of all 13-15 cost digimon and instead get a variety of 4-15 cost cards to allow us to confuse, and outplay opponents in different scenarios.
I tend to focus when playing Reinforcing Memory Boost! on taking tamers to hand and focus on taking my Wyvern Breaths to hand rather than putting them in security. We run 3 copies not 4. With this in mind All Delete can clear our Black sources so iron fist is usually a great choice in security and when not facing an opponent with A Delicate Plan, I tend to put Holy wave in security as well as it saves paying 6 memory and keeps us stocked up on security.
Hope this guide helps!! Great deal of fun.
Enjoy the spice!! And Merry Christmas

One thought on “[En] Simon from Australia: an Upgraded Version of Royal Control”