Prior to EX-02 release, many were hyped by the synergy that is Ruki/Sakuyamon/Plug-In. Proxy gameplay videos demonstrating its sheer speed were widespread, and moonshot the demand for Ruki and Sakuyamon AAs on day one.

Today marks the 3rd weekend of the EX-02 meta, and Sakuyamon remains a rare sight. What went wrong?

The strength of the deck lies in not one card, but the synergy between Rika Nonoka, Taomon, Sakuyamon, and Super Evolution Plug-In S.

Ideally, with a starting memory of 3, we will digivolve a LV4 Digimon into [EX2-023] Taomon, which will play a Rika from hand for free. Taomon will perform an attack, and by suspending Rika, plays a Super Evolution Plug-In S from hand for free to digivolve into [EX2-024] Sakuyamon, also for free. Sakuyamon would unsuspend itself (or another) and return the played Plug-In option card from your trash to hand.

Looking at the memory efficiency situation above, we were able to digivolve a LV4 Digimon two stages into LV6, played a tamer, and attacked twice for a cost of just 3 memory. While this engine may sound efficient, there are 2 significant drawbacks. 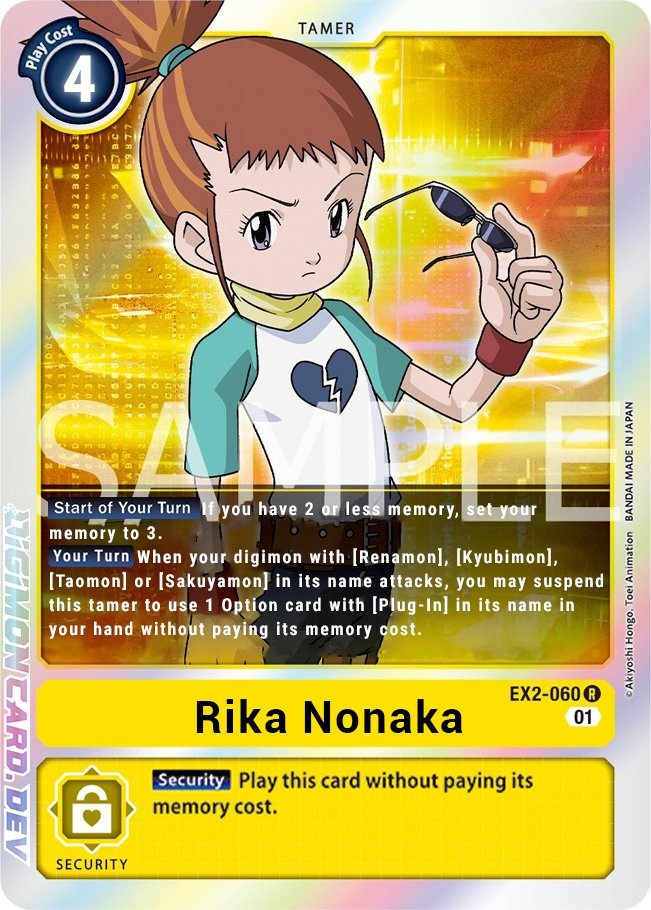 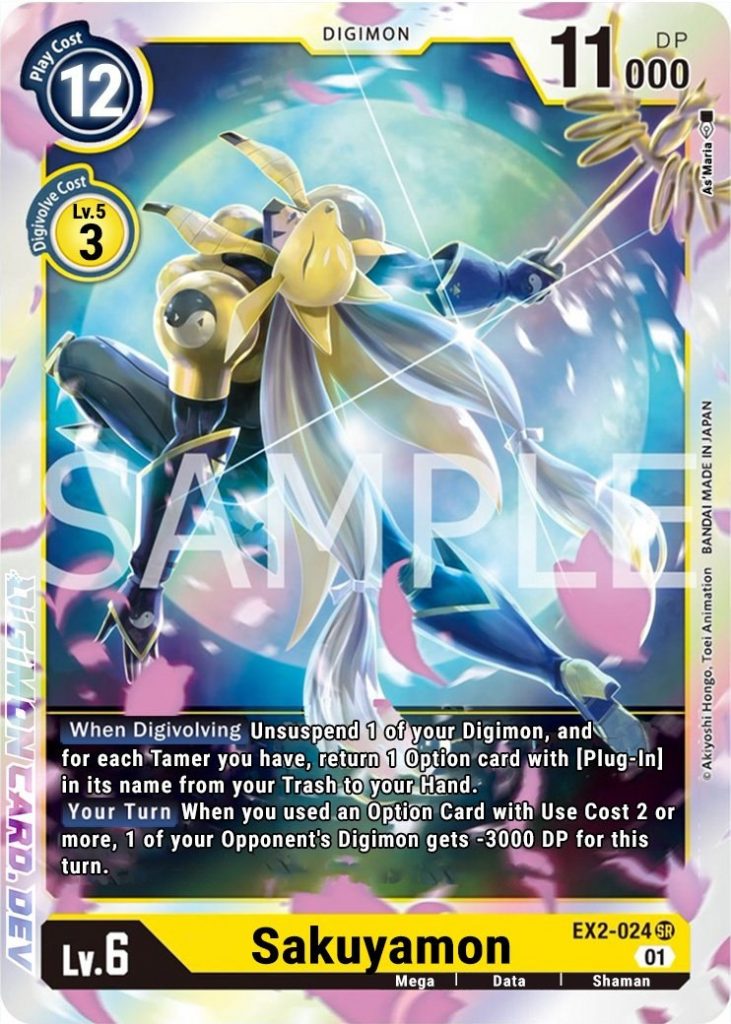 Consistency is an issue

Firstly, this combo requires the specific 4 cards (Rika, Taomon, Sakuyamon, Super Evo Plug-In S) to be on hand, which may prove difficult to execute consistently. Lacking any of the cards would significantly reduce the efficiency of this engine.

Without Rika, we could use the Evolution Plug-In to digivolve to Sakuyamon for 1 cost less and an additional card draw, but this would not be a very attractive route and we would likely be wasting her unsuspend effect. This would be similar without Taomon or the Evolution Plug-In, as we would not be able to play/suspend Rika for the free Plug-In play.

Without Sakuyamon, we would miss out the unsuspend effect and to recover the Plug-Ins from trash, which may be disadvantageous for the game in the long run.

It doesn't really do much

For the second drawback, we see this combo do only little damage to the opponent even if it is executed. At the end of the combo, we would see a 11000 DP Sakuyamon attacking twice, which should translate to 2 security checks or less if we are also going for a suspended Digimon, and 2 security checks is not a very big deal in modern meta.

One way to get more value out of this engine is to also play Attack Plug-In A to grant Sakuyamon [SecurityAttack+1], allowing you to swing twice for a total of 4 checks. This however, would pose an even higher hand requirement than the baseline combo.

While the EX-02 Kyubimon, Taomon and Sakuyamon do offer additional DP-reduction effects when 2 cost of higher option cards are played (giving the player some degree of additional board control value), executing the perfect combo with the perfect digivolution route would grant only -2000DP/-2000DP/-3000DP, which isn't very big in today's standards. Additional option cards will need to be played (with Sakuyamon in play) to further stack -3000 DPs if necessary. 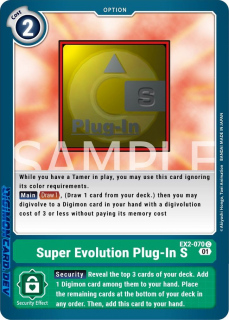 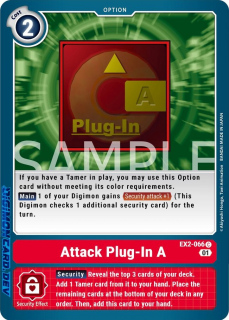 I have tried the basic build (with less than 6 tamers in total and max copies of Ruki) and it feels a bit sluggish. Compared to (the currently meta) D-Reaper and Beelzemon decks, Sakuyamon feels not only too slow but also lacking in board control or aggression.

When [BT2-038] Rizegreymon is added to the deck, it does not synergize well with Ruki/Plug-Ins although it did allow for efficient playing of tamers.

Playing this deck with a higher number of tamers and also hybrid Digimons made it a little more stable, but dilutes the core synergy between Ruki, Sakuya, and the Plug-In cards. Without putting emphasis on the core engine, there is really no point playing this deck as a Zoe/Security Control deck would fare much better against many of today's meta decks.

This engine had potential but is currently a high-roller's deck with an major issue in consistency. It can be relatively efficient when stars align, but significantly less in most occasions.

In reality, you will tend to spend more time/memory aligning your stars before you can execute this engine, and that offsets whatever efficiency the engine ought to bring. And before someone finds an optimal way to stabilise this deck, it will remain a shiny waifu deck with very little to offer in the competitive scene.

6 thoughts on “What went wrong with Sakuya?”