The conclusion of DTCG SG League and its overview

Saturday (26th Feb 2022) marked the end of Singapore’s inaugural Digimon Trading Card Game Singapore (DTCG SG) League. What was truly momentous was having card shops and local game stores islandwide, in collaboration with DTCGReview (@DTCGReview) and supporting partner digimonmeta (https://digimonmeta.com), offer their weekends and store space to facilitate players battling through the qualifiers, semifinals and finals spanning across 10 weeks. The end of the league culminated in the crowning of Singapore’s top player who walked away with an entire carton of BT9: X-Record, released just the day before. 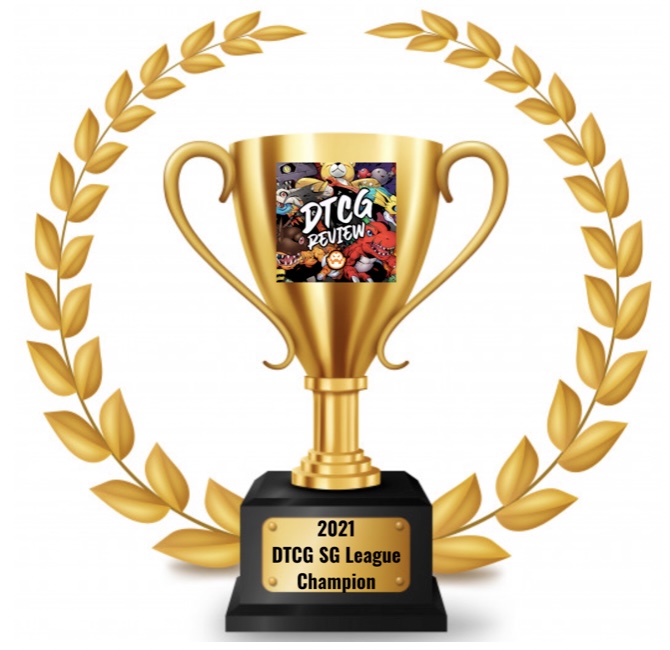 What is this league about and its inception

DTCG started to gain traction in Singapore in 2021 after the release of several booster sets which were carried by a growing number of local game stores. Global attention and demand for the game was at an all-time high, and local players and shops now had assurance that Singapore will officially adopt the Japanese version of the card game and will continue to be supported by Bandai as such.

While the regular player base remained relatively small and niche compared to other long-standing and established card games, the local DTCG competitive scene was hard to ignore; tamer battles and shop-organised tournaments filled up week after week where players vie for the champion promo card as well as a prize (often booster packs from the current set). What was glaringly lacking at that point in time was large-scale organised play with clearly defined match rules and advancement criteria.

How was it organised and participation

The DTCG SG League was the brainchild and passion project of the founder behind DTCGReview, a twitter-based influencer aiming to improve the global DTCG community. The DTCG SG League sought to forward Singapore’s competitive scene and challenge players to venture beyond the comforts of their neighbourhood card shop to test their best strategies and deck-building skills. Digimonmeta partnered and helped to cover the League in full and created a website (https://dcgleaguesg.wixsite.com/landing) to highlight league details, updates and document qualifying players and their decklists. Commencing on 20th March 2021, players could register for weekly qualifying rounds organised and hosted by participating game shops held across 8 weeks. Games were to be played in-person and adopted prevailing rules and restrictions set by Bandai. The victors of the qualifiers took up 70 semi-final spots and competed to be the top 16 to earn an invitation to the league finals.

The inclusive nature of the qualifying rounds meant that a skilled player could play at various card shops to secure multiple spots in the semifinals for a better chance to advance to the finals. At the same time, inexperienced or unsuccessful players had the chance to adapt to their competitors’ builds, improve their gameplay and try again the following weeks. This League presented fair opportunities for everyone, and thus it was of no surprise that there was overwhelming support and participation rates over the duration of the league.

A participant myself, I observed the intangible benefits that the DTCG League brought to the local community – friendships were forged between regular players of different game shops, and players started frequenting different game shops beyond the most convenient or closest one to home. Not only was the current meta (BT5: Battle of Omega at the point of the qualifiers) played to the highest level, we saw the development of defining deckbuilds such as Lilithloop, which the international community now takes reference from. The yellow Lordknightmon build was optimised to the point of dominance; an incredible player managed to win at nearly all of the participating card shops and was granted direct entry to the finals for his achievement.

Unfortunately, the emergence of the COVID-19 Delta wave dampened the excitement and anticipation of the semifinals originally slated to be held on 15 May 2021. To combat the local infection clusters, the Singapore Government instituted Phase 2 Heightened Alert from 16 May to 13 June 2021. During this period, social gatherings were restricted to 2 persons and dining-in was not permitted. The return to normalcy was hindered by a fresh surge in community infections in late June 2021 and the KTV cluster in July 2021 which consequently delayed the phased easing of restrictions to 10 August 2021. The uncertainty in the permissible group size made it impossible to finalise plans for the next rounds as new restrictions and measures could be announced without advance notice and effected days later.

Another consideration League organisers had to contend with was the release schedule of the upcoming sets. Ideally, the semifinals and finals should be held sometime after the release of the latest booster set but not straddle the release of the next set. They also had to survey all players’ availabilities and be mindful of major announcements such as the latest card ban and restriction list.

The semi-finals were held over 2 weekends in Mid-Feb 2022 and 43 players played in 15 pods of up to 4 persons, in line with current safe distancing measures. The winner of each pod advanced to the grand final held on 26 February 2022, hosted by Sanctuary Gaming. The 16 finalists were only allowed cards up to EX2: Digital Hazard and all decklists had to be submitted to DTCGReview prior to the actual day. Players were paired after registration on the day of the grand finals and were presented a custom-designed top-16 playmat as keepsake for their efforts and commitment. The finalists then battled in best-of-3, single elimination rounds until an undefeated winner emerged.

The conduct of the grand finals was remarkably smooth and free from discrepancies or disputes. But what was a sight to behold was the level at which our nation’s best players competed at. The games I observed were rarely a one-sided affair – every move was deliberate, calculated and often the best play possible in that circumstance. Players were gracious and respectful and the judges noted very few misplays over the course of the grand finals. We saw a blue hybrid Leomon player breeze through a sea of yellow hybrid decks in the top 16, top 8 and top 4 rounds to reach the ultimate showdown against another yellow hybrid player in the final round. While blue was eventually bested by yellow, it was one of the most exciting and memorable matches to watch in a long time. No one left empty-handed either! DTCGReview also sponsored the lucky draw prizes that every eliminated finalist got to win. The grand finals concluded with players leaving happy with their prizes and a little more appreciative of their opponents’ abilities.

In hindsight, as a participant, volunteer and ardent supporter of the DTCG SG League, I am proud to have witnessed the successful closure of this event and have renewed respect to the organisers who have pledged so much time, effort and resources to see this through to the end. I believe that not only have the DTCG SG League fulfilled its objective to cultivate a larger pool of better players and crown the best player in Singapore, it has served well as a platform for players to forge stronger bonds with each other within the community. That to me, is a reward to the organisers in itself and is best done organically; an endeavour from our community itself.

The conduct of the DTCG SG League also sets a healthy precedent for future tournaments carried out at a similar scale in Singapore (Bandai and Maxsoft, I’m looking at you). I am sure all players are looking forward to the next iteration of organised play and I sure hope it doesn’t disappoint.

Top-4 Decks and the Winners 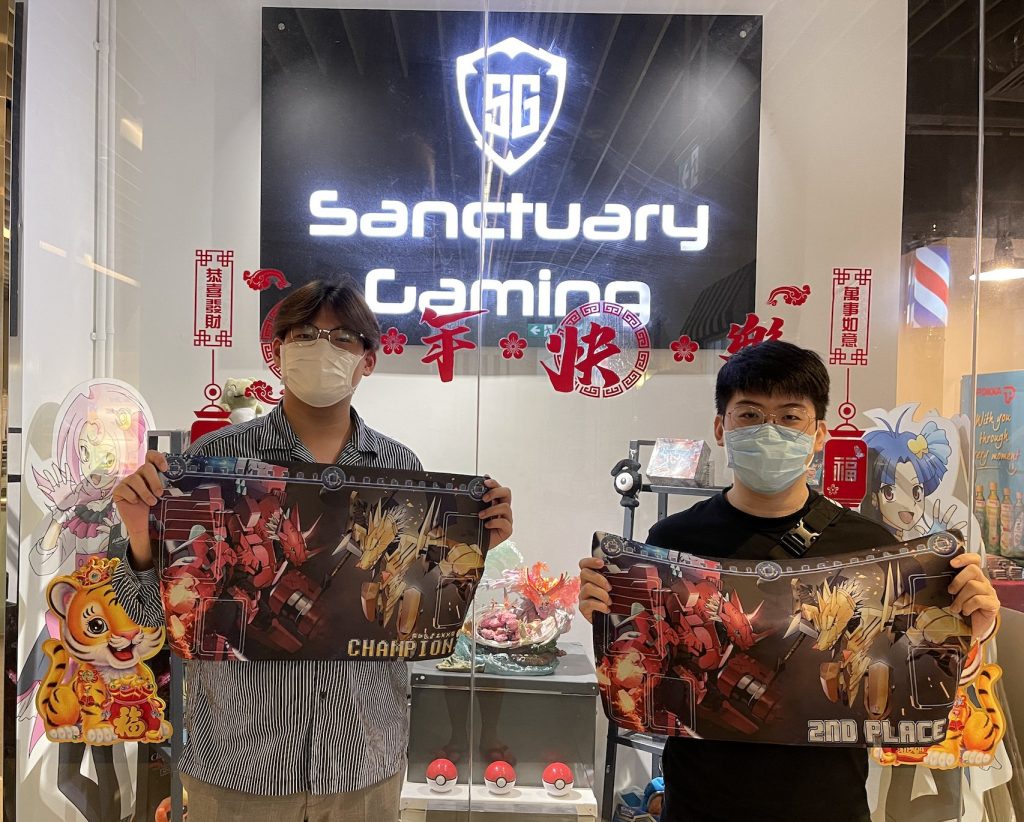 The result of winner's deck in final: 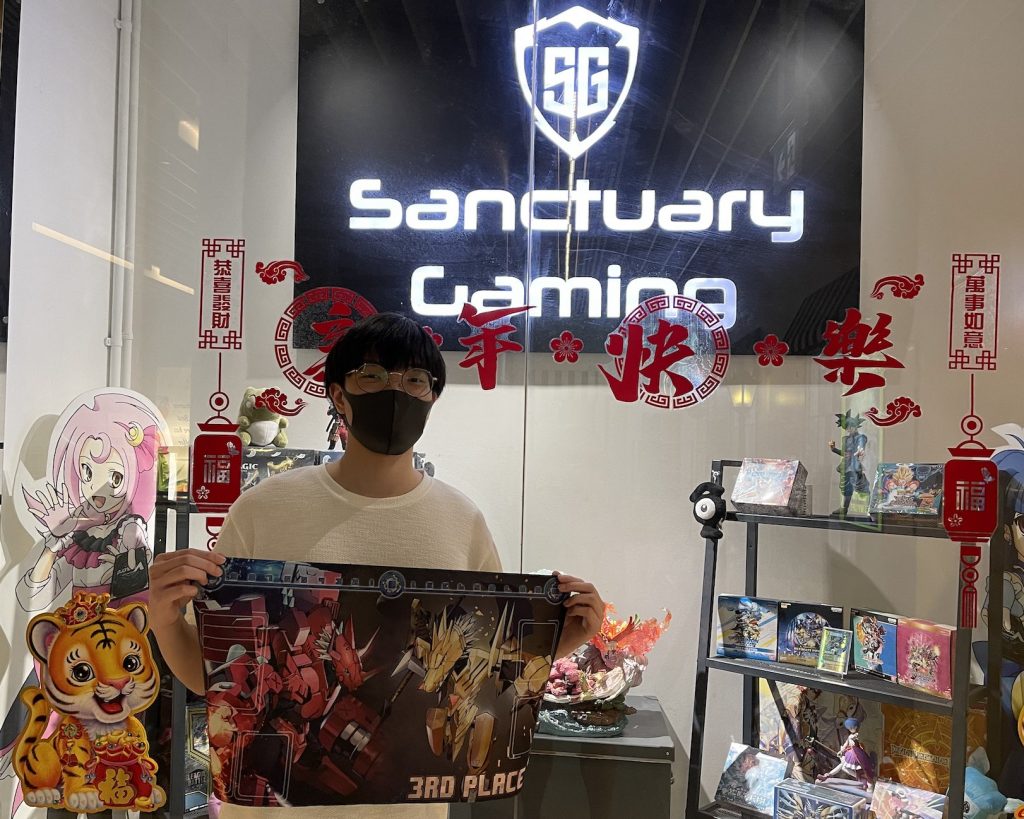 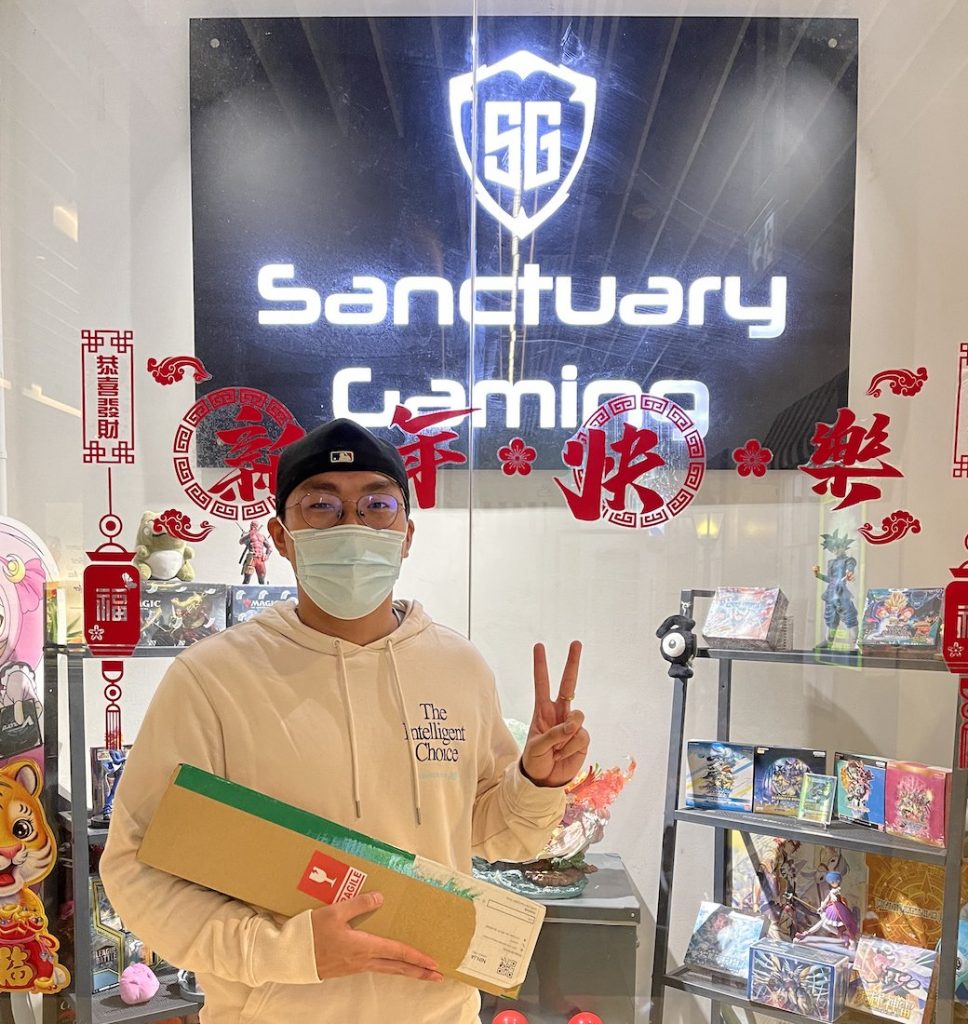