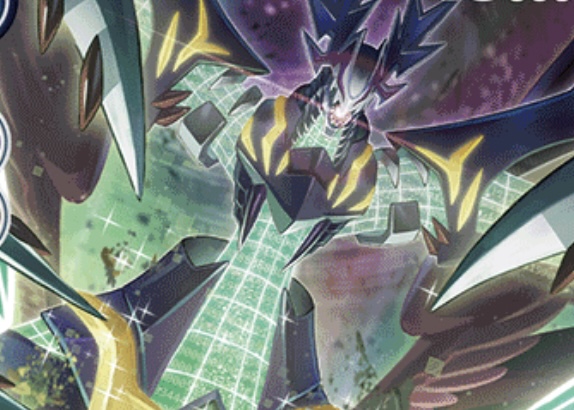 Still remember the BT7/BT8 security control deck which focused on yellow Zoe recovery and multiple hit the opponent's security with Susanoomon to end the game. Thing has changed when Bandai ban the Mega Digimon Fusion option card, digivolves into Susanoomon is no longer a cheap step as it was. 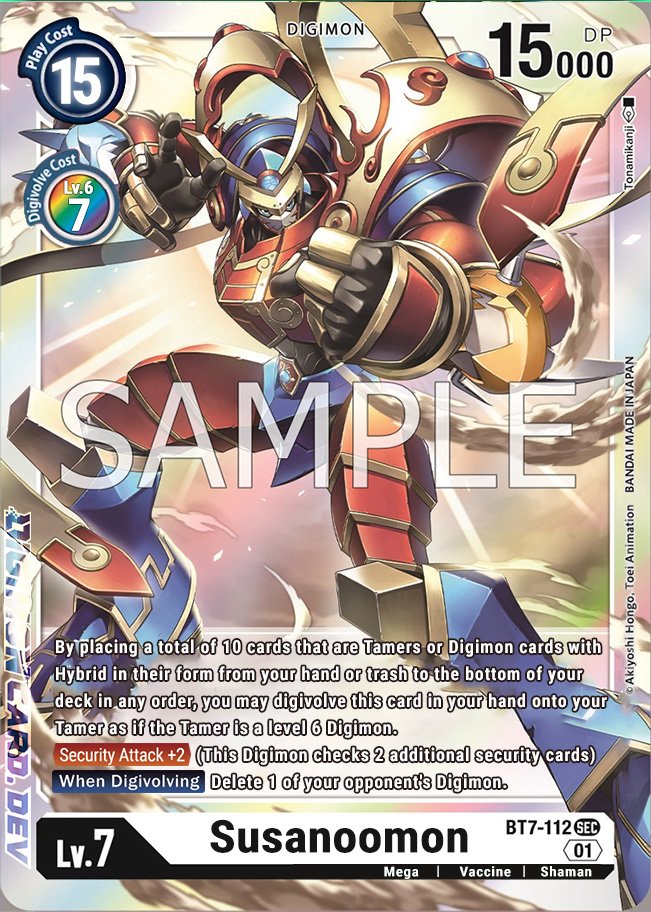 Moving forward to BT9 meta, where many decks run OTK (One Turn Kill) strategy, the Security Control did an improvement to adapt with this fast-pace meta.

In BT9, there are something that are different with older meta such as: 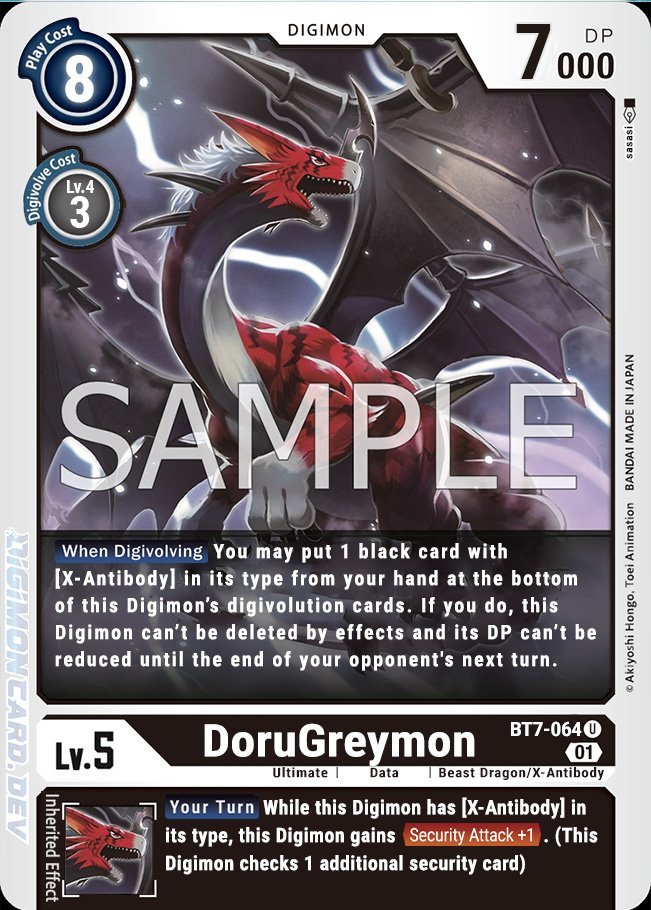 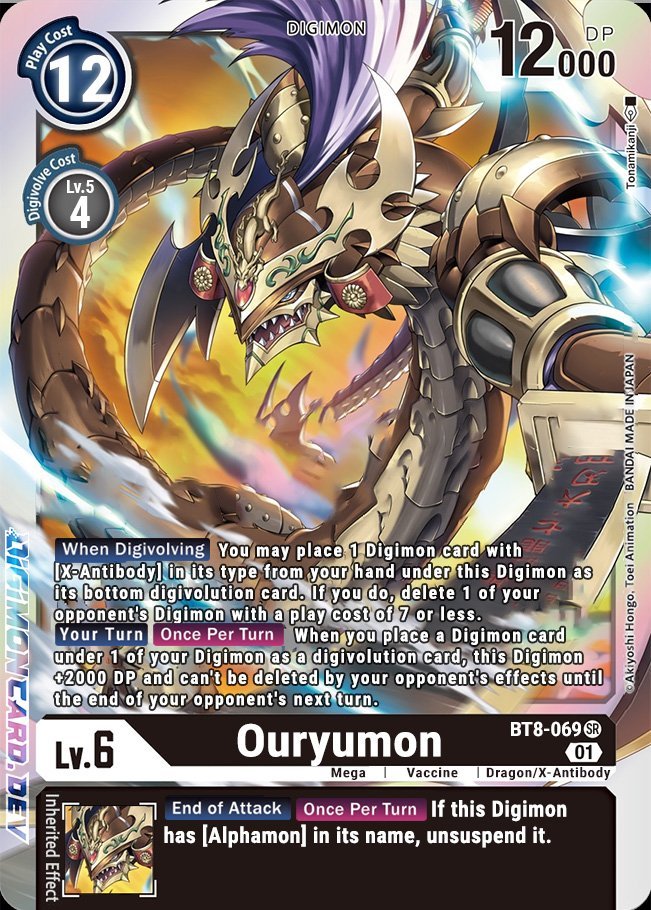 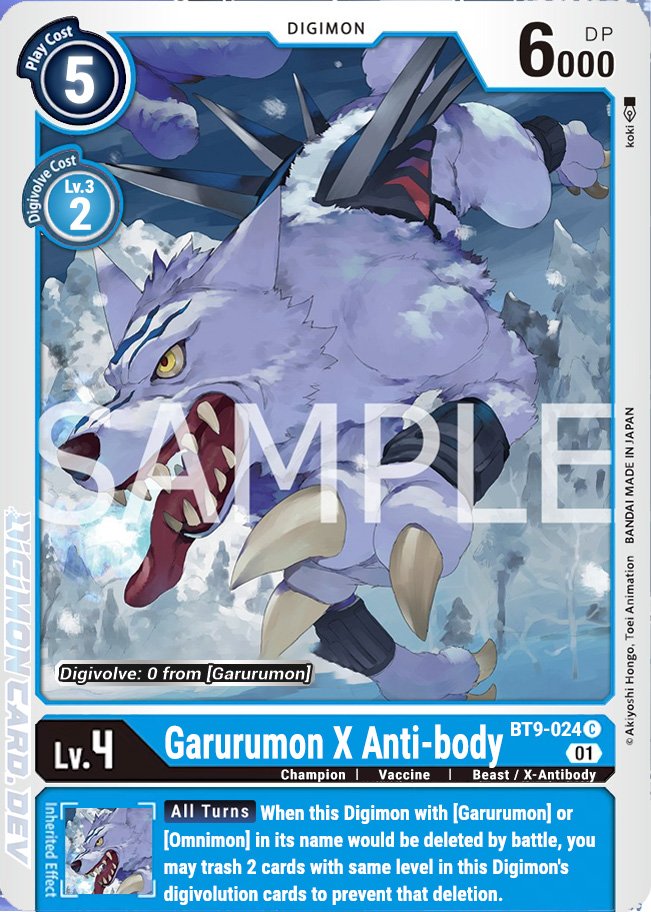 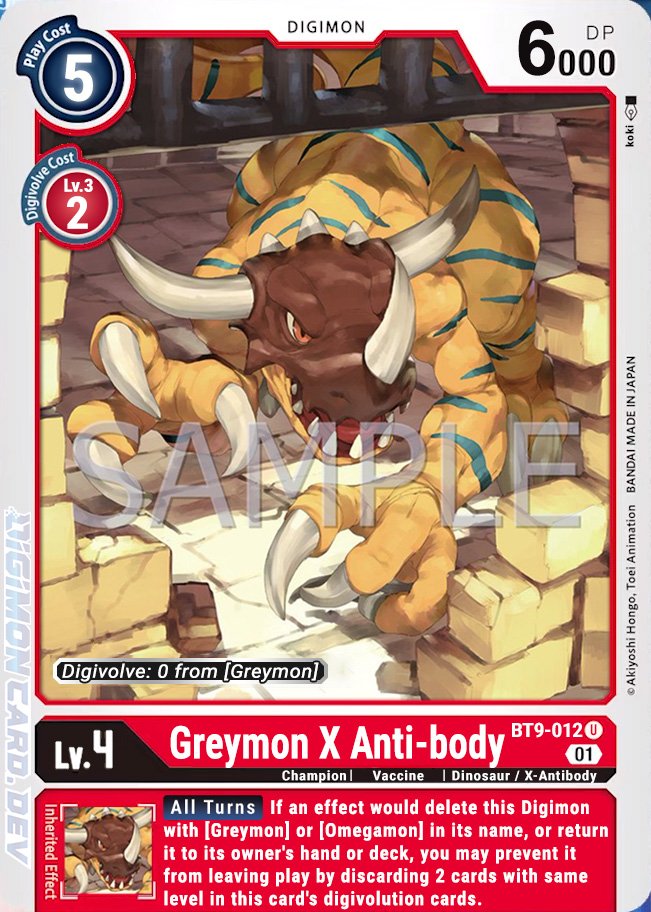 Those protections trigger Security Control deck creator to think carefully when choosing the option cards for the deck.

The BT9 tier-1 decks, Alphamon black and GrandisKuwagamon green are the best candidates for Security Control to find the strategy to counter them. Alphamon black has a very strong protection shield from its LV5 DoruGreymon and LV6 Ouryumon while green GrandisKuwagamon now has to borrow the red A Delicate Plan to avoid getting deleted, or return to hand or deck from opponent's card effect when it does multiple security attacks.

The yellow Zoe recovery line is still a vital in Security control deck to pay cheapest cost to "recovery+1" and draw card when there is digivolving. And now, the BT9 Sec Con has a very strong card that bring them to higher level of controlling/halting the game, it is Dexmon 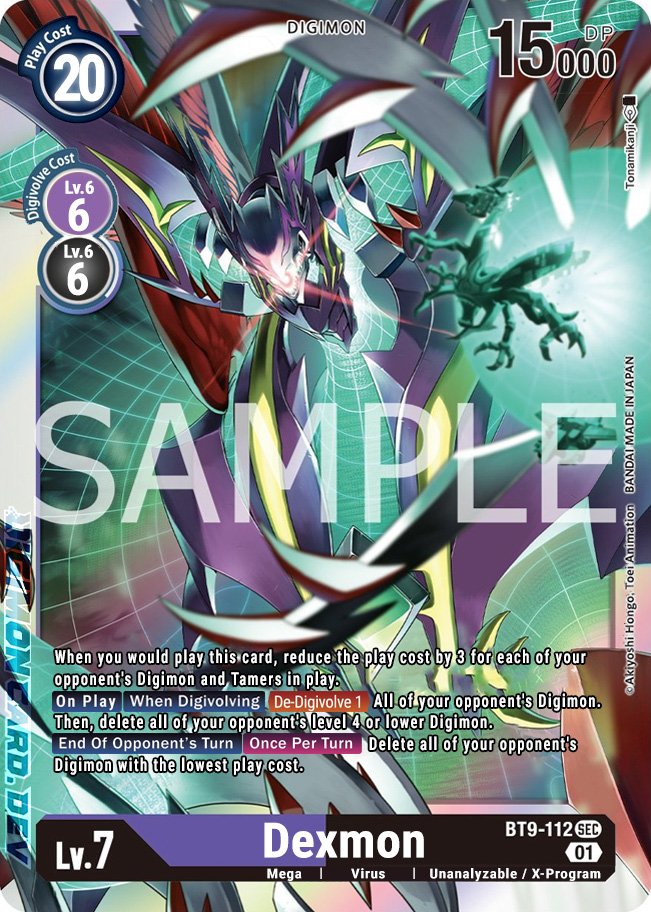 For the meta of Coolboy and many tamers in use, the Dexmon sometimes appears in the battle for free. This is a game-changer for Security Control when not many OTK deck have option cards to destroy Dexmon (except for the Security Control deck itself). Dexmon "On Play" triggers "De-digivolve 1" to all opponent's Digimon and delete all of opponent's LV4 or lower Digimon. On top of that, at the end of opponent's turn, delete all of opponent's Digimon with lowest play cost. This effect makes the opponent always has to throw out a lv3 or a lv4 Digimon that is available in their hand to avoid deleting their big boss in the battle. We normally see 3 or 4 copies of Dexmon included in BT9 security control deck.

There are many new option cards that are available to use for Sec Con. To defend, now it is not about Gaia Force or Atomic Blaster anymore because these are not effective against many meta decks. These days we see more cards that their effects would  return the opponent's Digimon to hand/deck or security stack like Chaos Degrade, Cocytus Breath, Ground Fang or Flame Hellscythe. 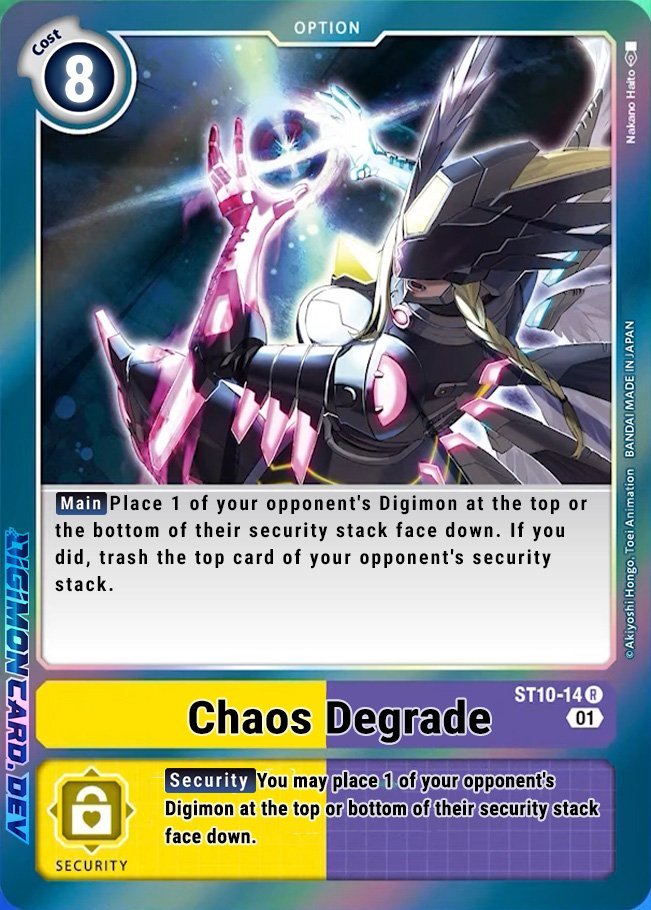 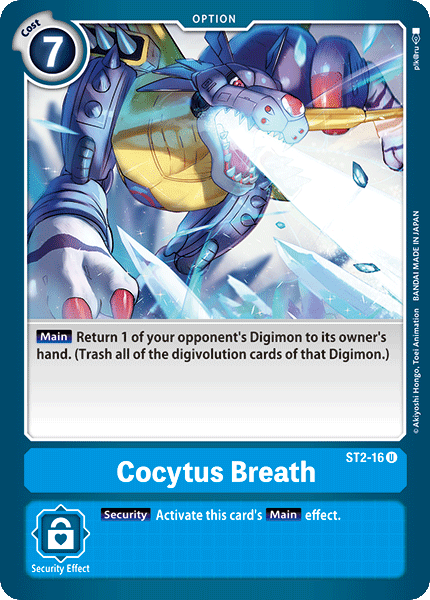 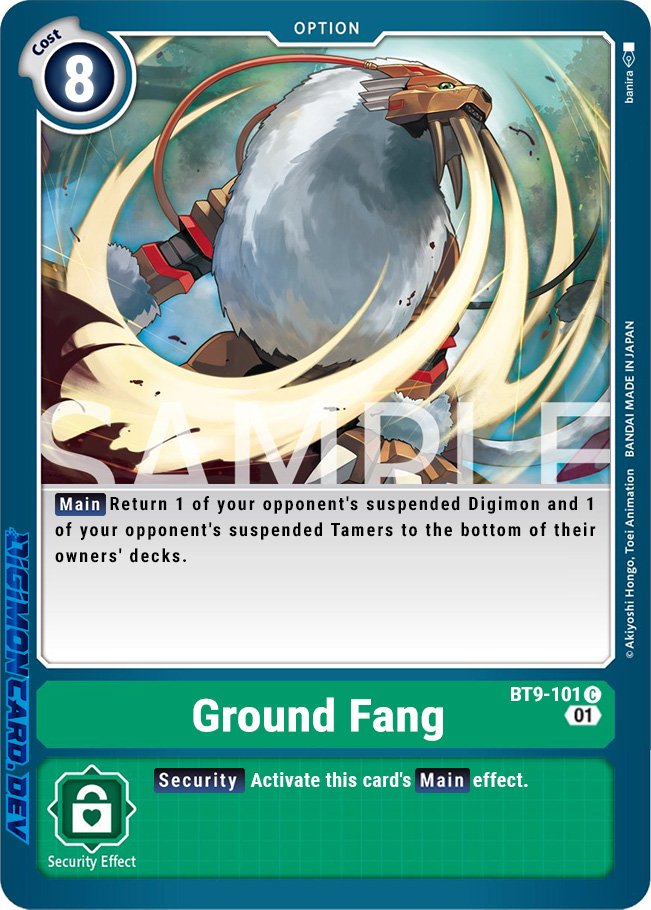 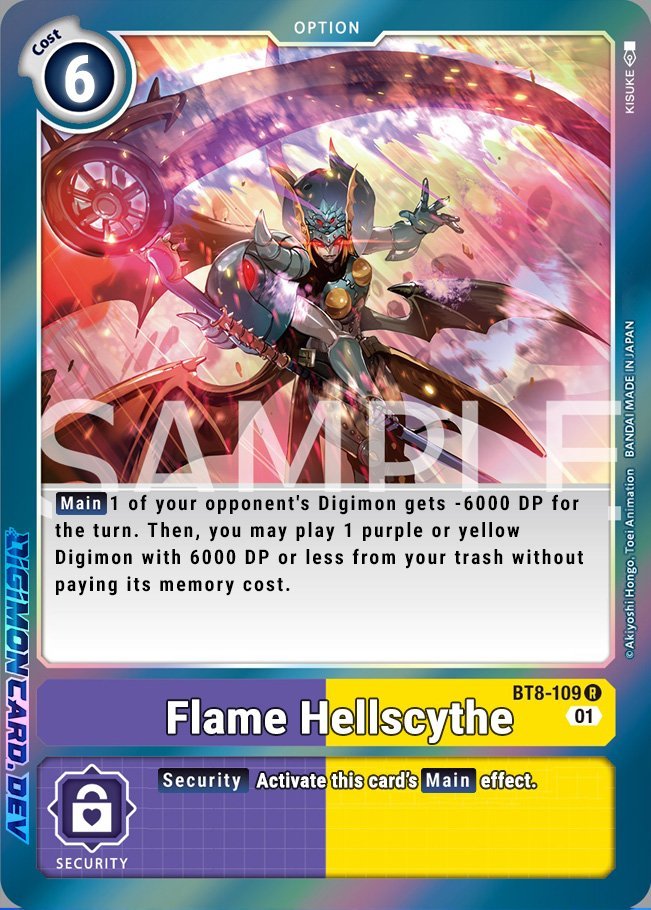 If the opponent's Digimon with multiple "security attack" or can "unsuspend many times" hit these cards in security stack, it would be return to hand/deck or security stack, the attack will end.

A good security control game would be able to halt the game, control the board with Dexmon and option cards, do "recovery" with Zoe line or Ophanimon Falldown mode or Holy Wave or Tacticle Retreat till the opponent deck out. Else, we still see there is 1 copy of Susanoomon to save the game sometimes if there is enough memory to digivolve into him and end the game in the same turn. Besides, Susanoomon helps to prevent you from deck out by returning 10 cards that are Tamers or [hybrid] form Digimon from trash or hand to the bottom of your deck in any order. 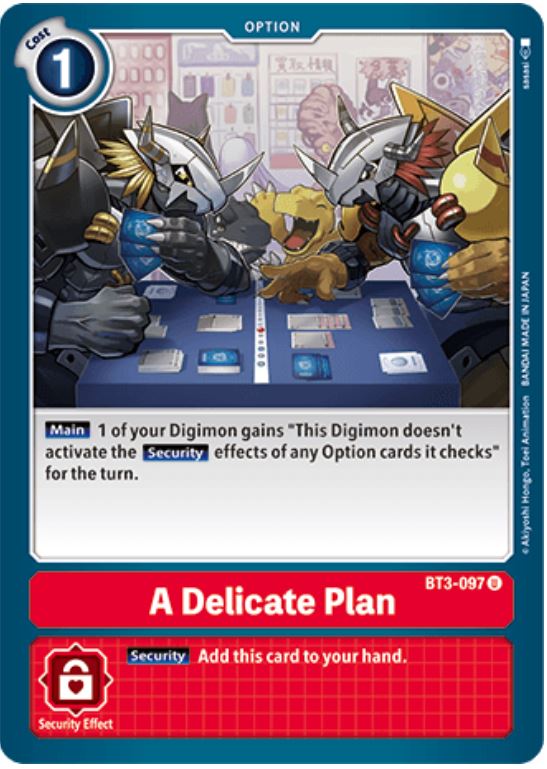 A Delicate Plan is the best card to counter whatever surprise things in the security stack. With only 1-cost to play and should be easy to draw from the massive draw power in BT9 meta, sometimes 1 or 2 copies of it would be enough for the deck.

And recently there are many duo-colour tamer cards such as Tai & Hikari (red & yellow) or Yamato & Sora (red & blue), or the BT8 Hiro tamer that has no restriction in color to be used for any Digimon. Using a Delicate Plan in the deck is a good solution to counter Security Control for OTK deck.

Below are some sample deck profiles for reference 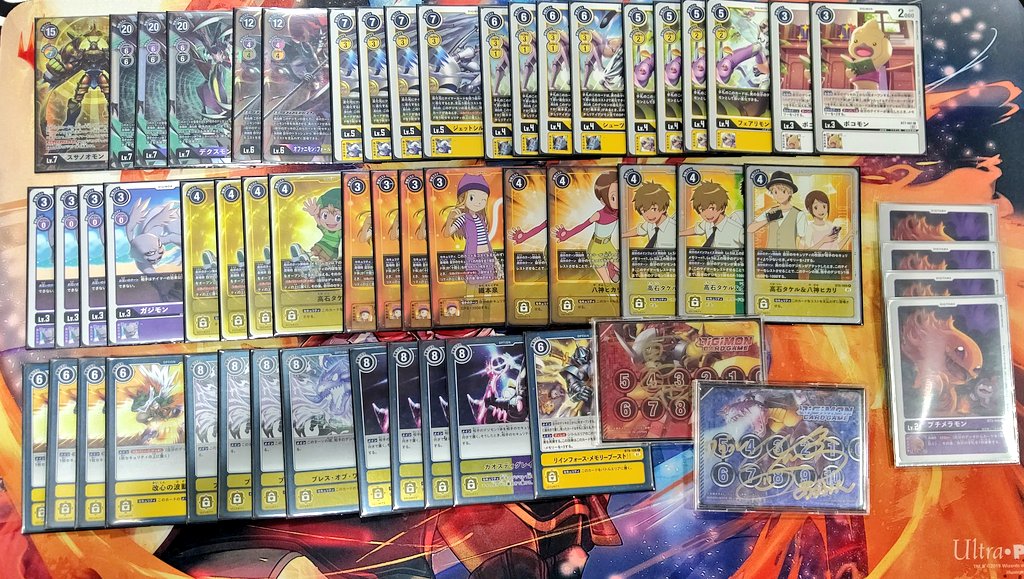 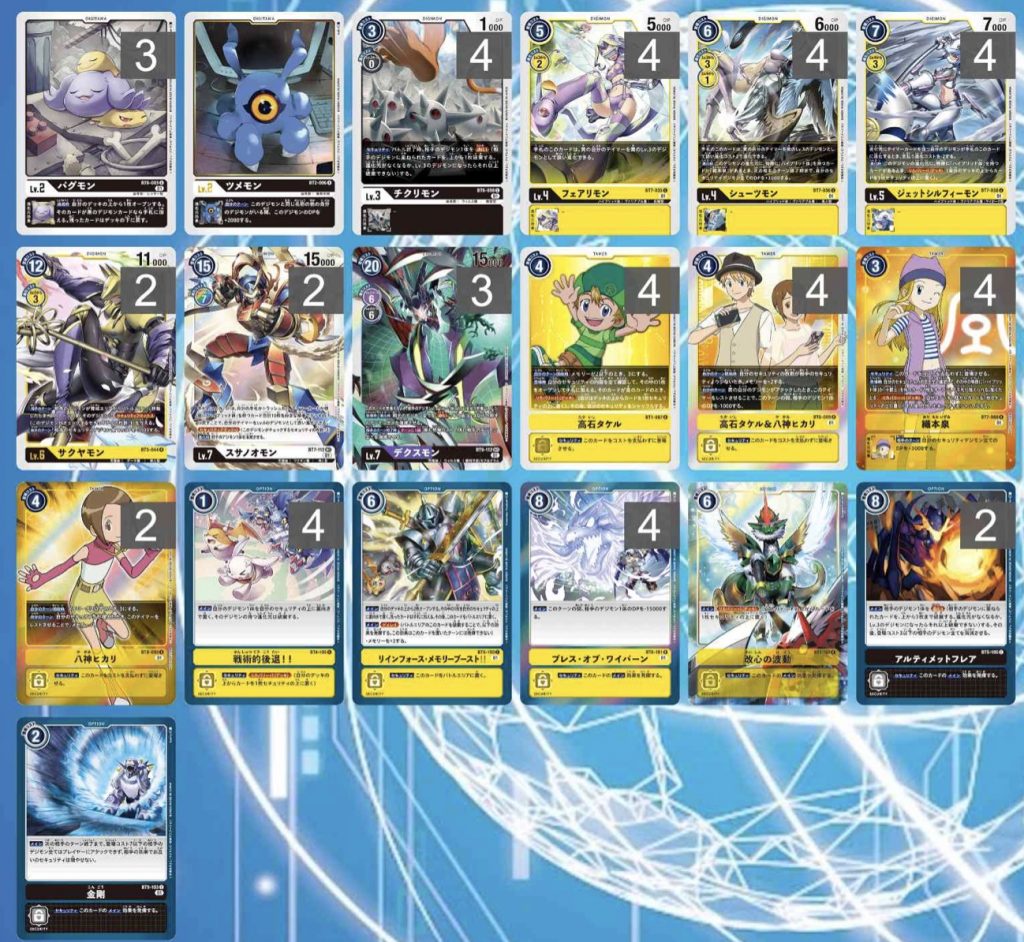 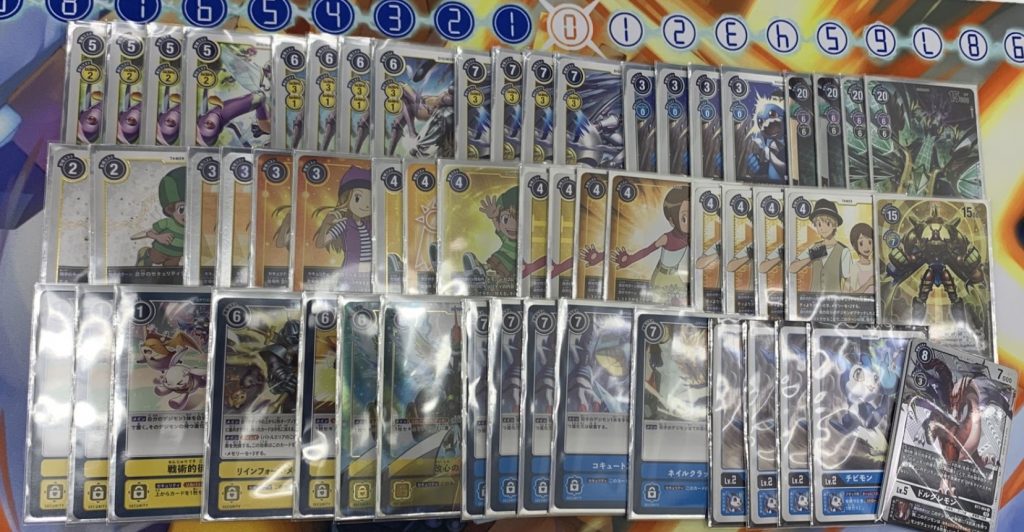