Sunday, April 10th 2022; Indonesia’s Digimon TCG First Ever Community Regional event reached its final stage and conclusion, with the Champion title crowned to a player with one of the least expected deck in the BT9 X-Record format!

Digimon TCG Indonesia Community Regional is a collaboration event in Indonesia, organized by TCGnoHeya with the qualifier hosted by 10 Local Game Store in Jakarta and its surroundings across 8 weeks. Each of the 10 Local Game Stores will host 1 Qualifier tournament each, where Participants who finished 1st and 2nd position after a 5 round Swiss will be eligible to join the Grand Final, procuring a total of 20 Regional Finalists.

DTCG have been gaining good hype in Indonesia since BT-03 and have been consistently growing over the following releases. Each Local Game Stores host event for their respective communities, building up a healthy competitive scenery in each small community. However, it was notable that Indonesia’s DTCG Community lacked a large-scale organized event. One event was planed once but was cancelled due to the spike in Covid-19 cases.

DTCGI Community Regional was pitched in as an idea to unite Indonesia’s DTCG Community in one long-term large-scale event, where players would look forward to join and spar against one another outside their local shop community. With the design of the event, this community regional provides equal opportunity for everyone to compete against one another to get their own tickets to the finals.

The Grand Final was supposed to be done in mid-February. However, due to the spike in Covid-19 cases and the implementation of lockdowns following the spike; the Grand Final was postponed to April 10th 2022, and was done in BT-9 format.

Another benefit procured from the event to the community is that everyone gets to know one another outside their local shop community; friendship between communities and game stores ranging from one closest to one furthest. 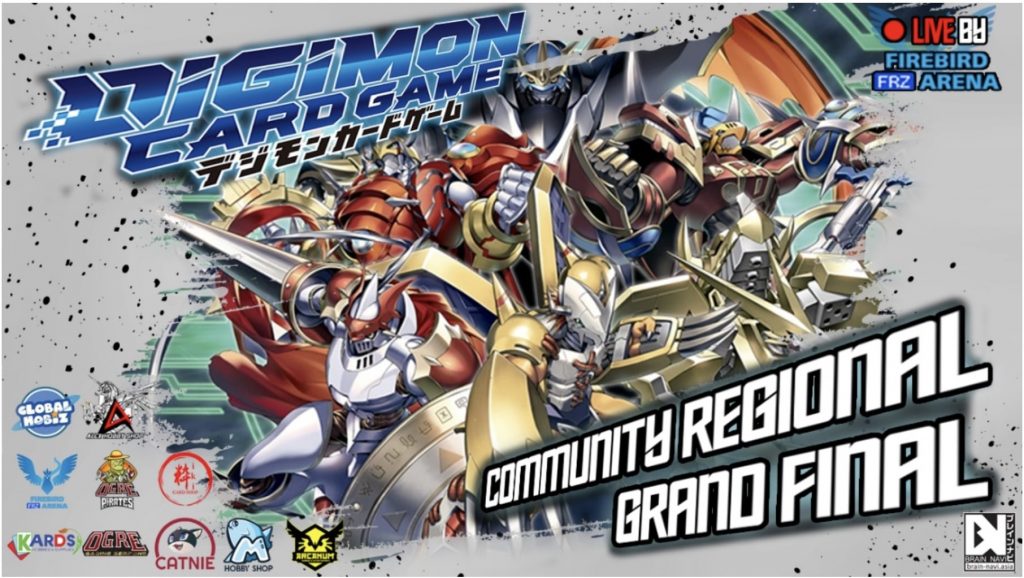 The Final round was finally held in one single day on April 10th, 2022; with the 20 finalists competing in a BO1 5-round Swiss. Top 8 after Swiss were presented Certificate as keepsake for their achievements; then the Top 4 proceeded to compete in a BO3 Single Elimination Format until we have the undefeated winner.

The grand final itself went smoothly and free of disputes. Most games were even and tight, almost none were one sided. Each and every single moves were calculated and thought thoroughly. Also, what’s most important is that the players were respectful to one another, to the judges, and to the organizers, throughout the events.

Many decks were spotted, from the top contender meta like Alphamon Ouryuken, Rogue competitive like Dukemon, and even an old top tier rising up from the dead; Mastemon Jogress; who ended up claiming the Champion throne of the event.

Personally, as participant, part of the organizer team, and a dedicated supporter of DTCG Indonesia Community Regional; it was satisfying to see the closure of the event with players being satisfied of the whole run. I believe that other than being a large-scale event the Indonesian community needed, the event had also sparked new interest in Digimon TCG for newer community and further strengthen the bonds of existing community. That itself is already a reward for either the organizer and the Indonesian Community.

I am sure Digimon TCG Indonesia Community Regional can set a healthy standard for future tournaments carried out in similar or larger scale in Indonesia, by community and/or by Officials, and that players are looking forward for further large-scale events and/or organised play. 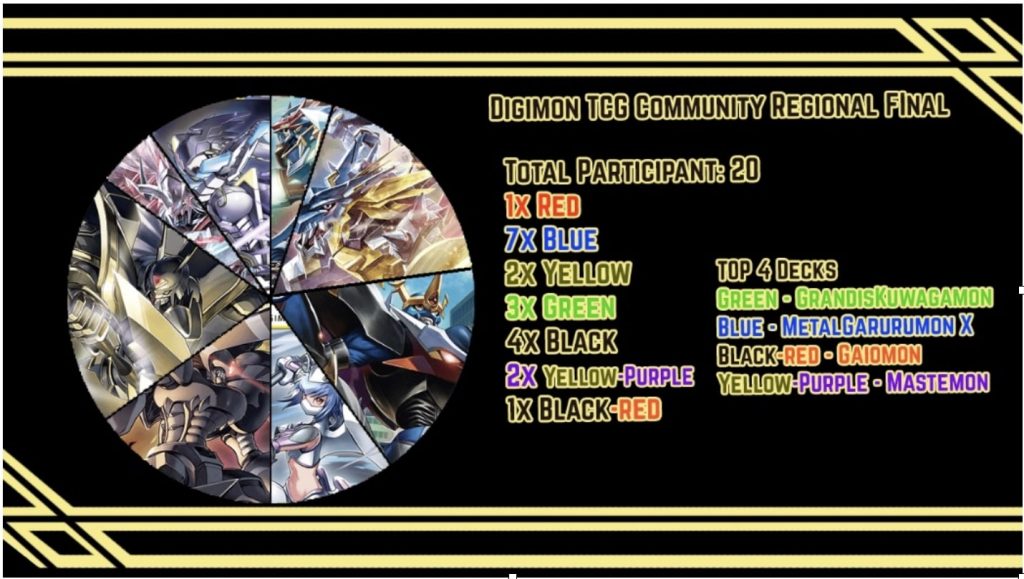 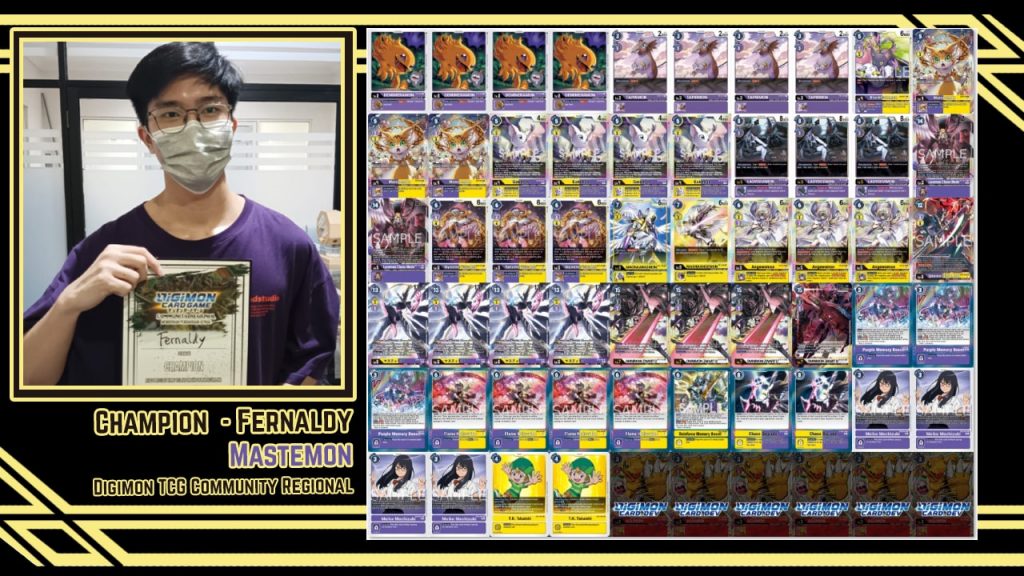 Fernaldy's tournament report for his winning deck is here. 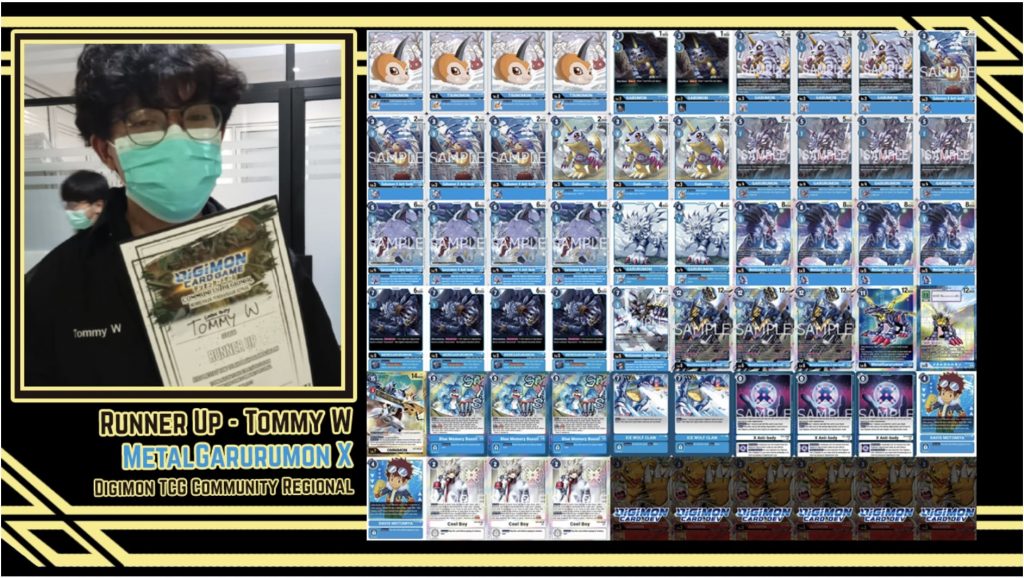 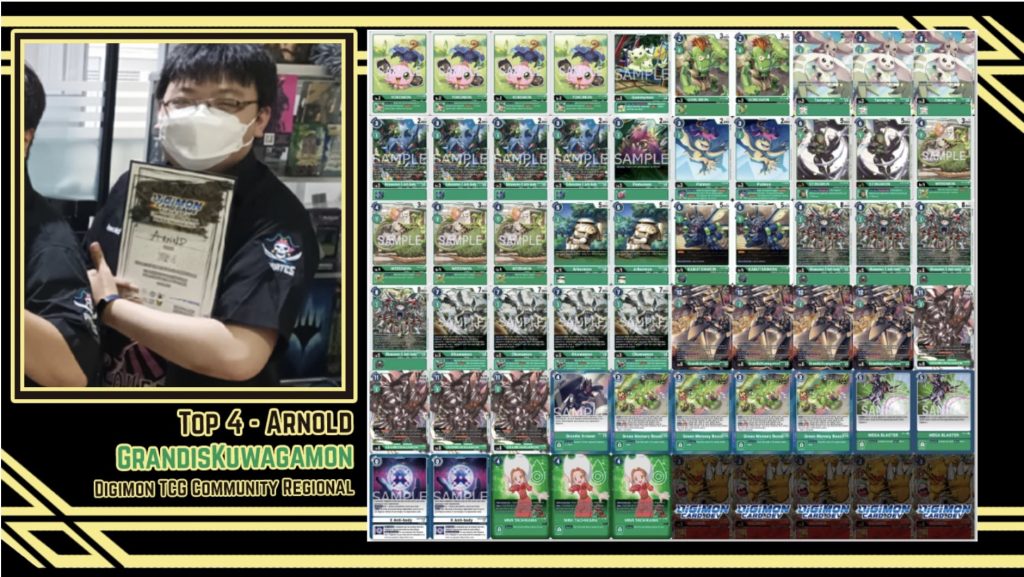 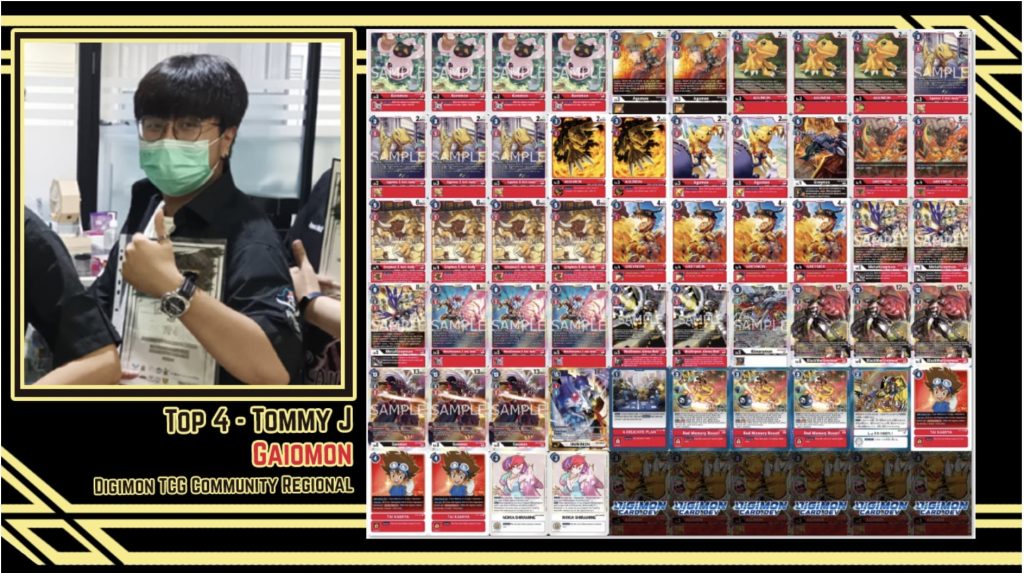