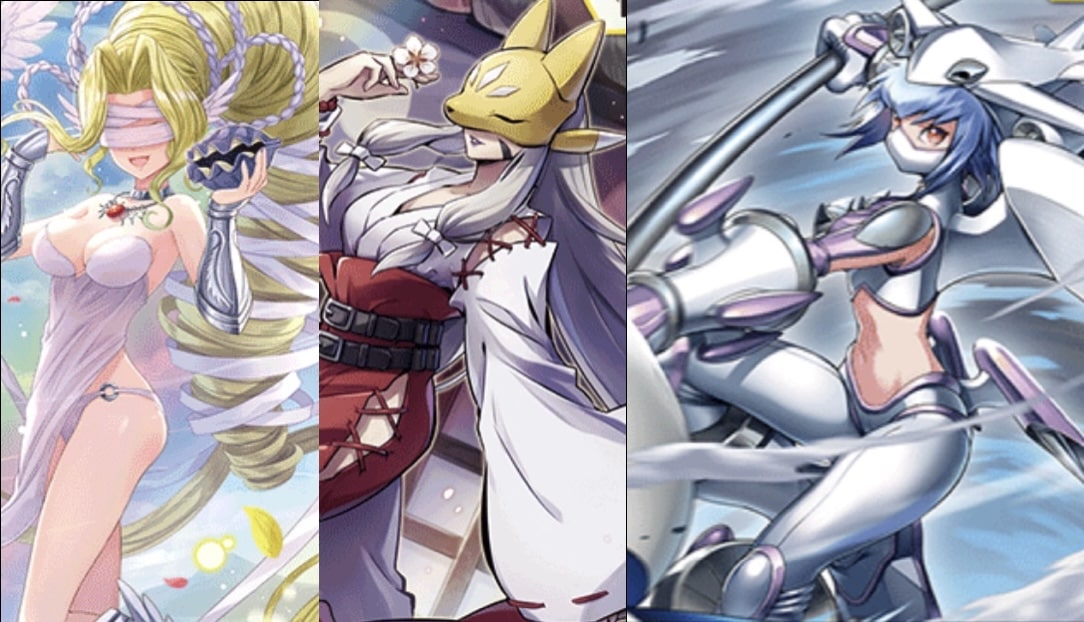 The BT10 format here in the Philippines is very diverse. This is due to the increasing knowledge and experience of competitive players about the game in general. It is hard to stick with one deck and expect to win it all, but I do have a bias on a certain deck that I have been playing since its release in the BT7 format – the yellow hybrids. Fortunately, the deck helped me won an Evo Cup after my third try.

I played in three Evo Cups already at the time I am writing this article. I used the very popular Xros Heart on my first two tries. While the deck is really fast and powerful, nothing can beat a poor opening in the game. I had a crucial game where I opened 3 Ballistamons and 2 Angies. So, I decided to go back to my roots and play yellow hybrid and try to counter the meta. (Shown below is the winning deck I used for the Evo Cup.) 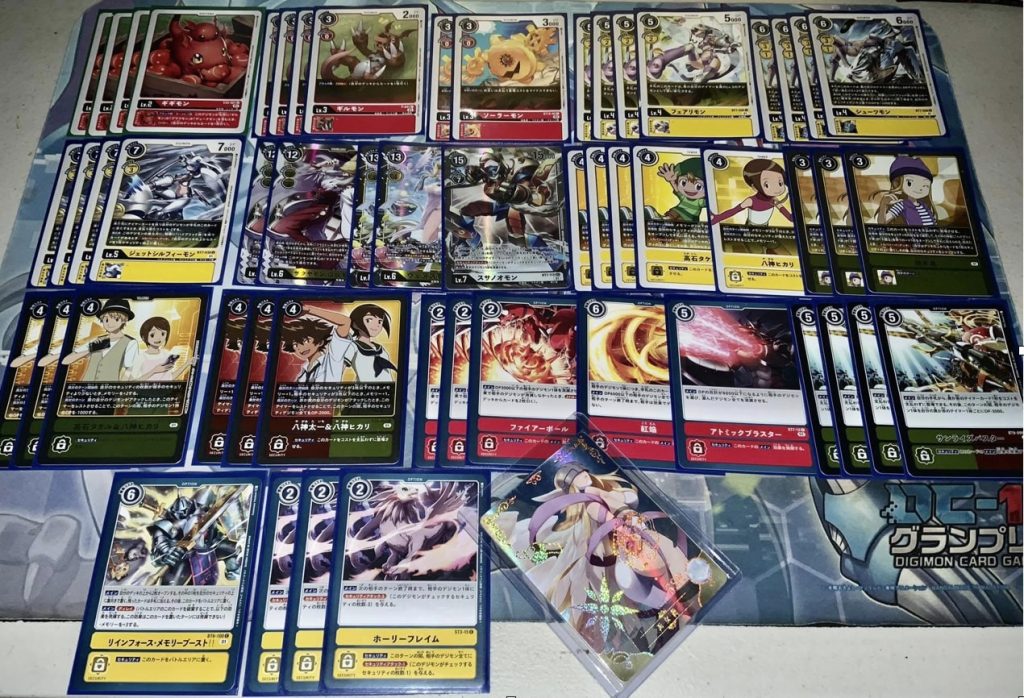 This deck is a bit different than the standard yellow hybrid list that’s been topping the meta a few times already because it does not use the very popular Dexmon. This is because (1) I cannot secure some copies before the tournaments and (2) I believe that in the mirror, being aggressive in the early game to pressure your opponent is what you need so I put in extra rookies in the form of Solarmon. Not only that it is an extra draw (on evo) an extra attacker, it can also stop Xros Heart and Dexmon from being played. Other than that, the deck is pretty standard.

In my opinion, the deck is still top tier, but it is not easy to pilot. You need to understand the game state so that you can play your resources at the most optimal times. You can’t always rely on what’s in the security but rather play thinking how your opponent can’t win on their next turn.

Here are the match ups I had during the tournament and some playtests.

Vs. Mastemon Jogress (2-0 WIN)
This is a surprising match up as my opponent play the neo-devimon card that lets him gain +3 memory when I play a tamer. I was caught off guard by that effect at first but eventually controlled the game when I draw into my atomic blaster and clear that pesky neo-devimon. It was a back and forth hits and recover but yellow hybrid has the advantage in the late game.

Vs. Grandiskuwagamon (2-0 WIN)
The multi-attack, memory gains and multi security checks of this deck is scary, but during this match up it seemes like my opponent can’t find the pieces for the correct combo.

Vs. Jesmon (2-1 WIN)
I won the first game easily due to my opponent bricking so hard and hard casting a level 5 saviourhackmon early game which is removed by sunrise buster easily. I lost the second game due to a perfect combo with Jesmon and an extra attack with Chimeramon. I have 2 Guilmons in the security plus a bunch of tamers so there’s nothing I can do about that. In game 3, I opened guilmon and TK so it’s a very good set up from there. Having the auto-3 memory early on is important in this match up. I sealed the game with a Venusmon evo and hybrid barrage of attacks the following turn.

Vs. Grandiskuwagamon (2-0 WIN)
Unlike the first match, my opponent managed to hit the correct combo early in our first game, but I cleared his board easily as he hit a lot of tamers from the security checks. I managed to control the game from then on.

Vs. Yellow-hybrid (2-1 WIN)
I can’t say much about this. The mirror is really hard and exhausting to play.

I want to thank Jeff Ongdueco for hosting this Evo Cup. His shop Hobby Collect is one of the best shops in the PH. He really wants the game to prosper and the community to grow larger. I also want to thank my friends who lend me pieces for the deck – Ivan, Arnold, and LD.