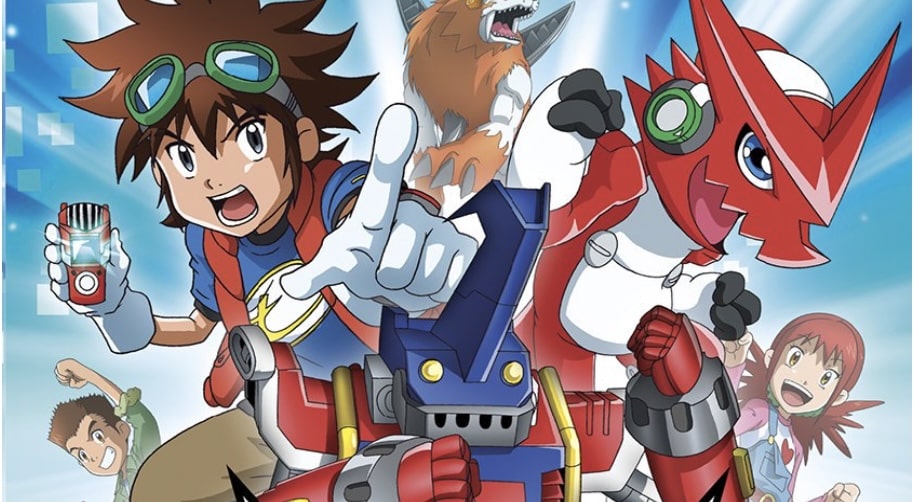 Thanks for having me! I go by Extrasalt and I was invited to write about my winnings at my local tournaments with Xros Heart.

Since the release of Xros Encounter, I’ve had the opportunity to play the many decks this set has to offer, and with that, I’ve found there wasn’t a deck in this format that came close to being as fun as the Xros Heart deck.

Xros Heart is definitely one of the strongest decks in the format, if not the best deck of the whole format. The ability to rush down the opponent’s security for a low cost can be extremely powerful.

With Xros Heart only being released 1 week ago, I have already had a lot of success with it at my local tournaments. I recently went undefeated at three of the shops in my area, including one Store Championship this past weekend. 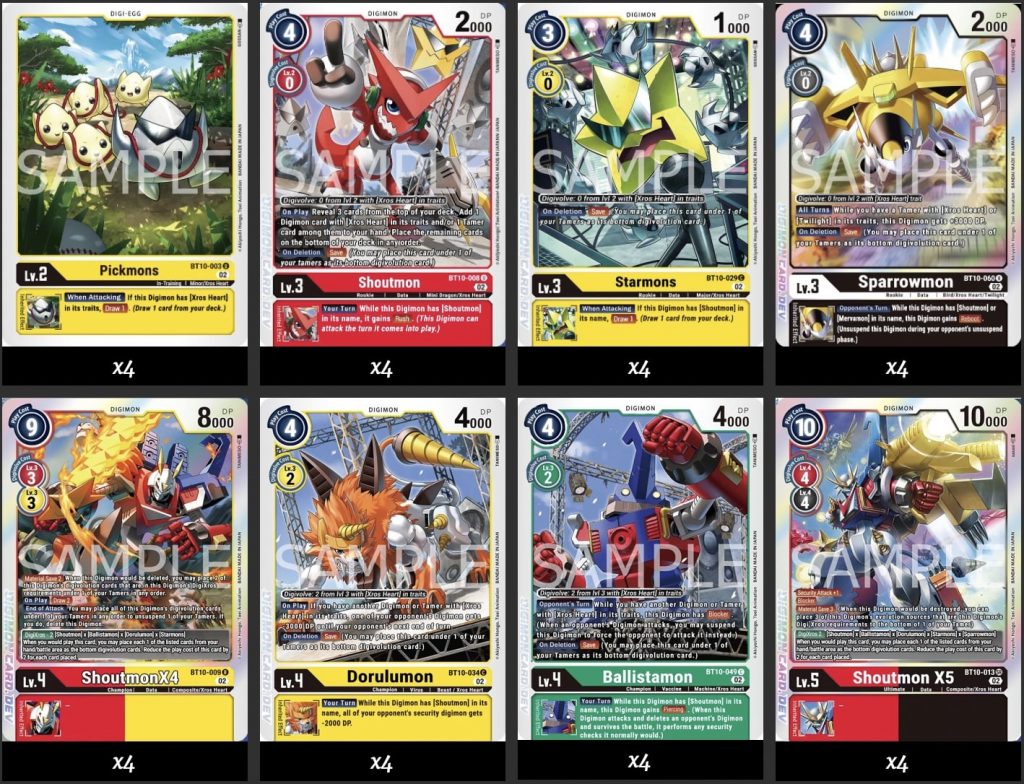 The deck list for Xros Heart is for the most part similar when it comes to the core of the deck. But what makes mine different from all the rest, is the small amount that I would consider the reasons for my success. Though I chose 4x everything, the cards I decided to have as 1 of’s were DeathXmon and Crimson Blaze. The split was made because I couldn’t decide if I wanted to play 2 Deathxmon or 2 Crimson Blaze – so I went with one of each. And that worked well for me!

Why 4x BT1 Tai Kamiya over Tai and Kari?

I’ve actually been asked multiple times why I’m playing 4x BT1 Tai Kamiya over Tai and Kari. I want to give credit for the inspiration to a player who goes by “En” for the 4x BT1 Tai idea. I saw their decklist here on Digimonmeta after winning a Bandai event. After testing, I’ve found that having 3 memory to start allows me to set up really quickly for this deck. If it comes out from security, I am guaranteed to start with 3 memory in the upcoming turn. I believe having 3 memory is a lot for Xros Heart to have, plus the Security +1 is extremely useful.

My most common play would be: bringing up a rookie from the raising area, digixros for Shoutmon X4 for 1 memory (assuming you have all the pieces), then checking for 2 more security. If it lives, you can use the effect of X4 to unsuspend Taiki and Digixros for Shoutmon X5. Here, X5 will be able to check the last 3 security which allows your rookie to swing for game. There were many games where Shoutmon X4 lost while checking security, and it made me wish I had the Tai & Kari tamer. But for now, BT1 Tai is putting in a lot of work for me and I don’t plan on changing that any time soon.

While participating in these recent tournaments, I found that the hardest matchups for Xros Heart were Magnamon X and BlackWargreymon. With Magnamon X having the ability to stop all your rush attacks and BlackWargreymon deleting your tamers, they present the most challenges for the Xros Heart deck to overcome. Especially with not having enough tamers to utilize Sunrise Buster in the early games.

The hardest hurdle for me when playing against Magnamon X, is that it can come out as early as turn 2 and stop all my attacks. In order to overcome this, I realized that the moment I remove Magnamon X from the field, I need to push for game. Otherwise, they would be able to put out another Magnamon X and I would have another hurdle that I need to get over. Late game makes it easier to remove Magnamon X just because I typically would have plenty of Red/Yellow tamers to utilize Sunrise Buster.

With most of the tamers you play being 3 costs, BlackWarGreymon can usually remove two of your tamers at a time. Most of those targets will almost always be Taiki, your most important tamer. However, this also disrupts the process of using Sunrise Buster because not having enough Red/Yellow tamers to remove the boss monster. To overcome this, I found opportunities to use X5 and Dorulumon together to lower the DP of BlackWargreymon, or even Magnamon X, so that I can attack over them.

Xros Heart is definitely strong but it’s not unstoppable. It’s unfortunate that Shoutmon X4 was added to the limit to 1 list. I’m excited to see how our meta will be in the coming weeks, especially with EX-03 around the corner. Thanks for reading my first article ever! I hope that you were able to find some insightful knowledge from my experience that will help you in your future games. I look forward to seeing all the other top competitors’ amazing decks! Have a great one! 🙂