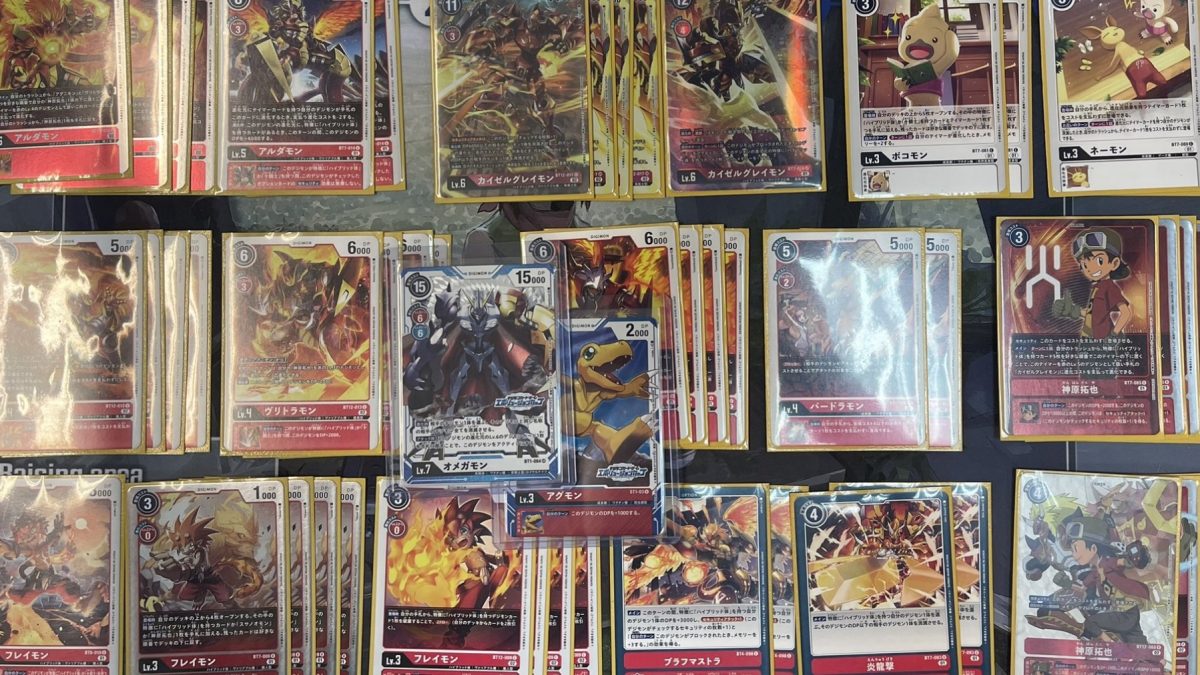 With fresh BT-12 cards I went home after work on a Friday evening and put together a Hybrid Red deck for my local Digimon Evo Cup, and was fortunate enough to win this 32-player tournament.

With the games fresh in my mind I would like to share a little bit about this winning decklist with you, and the matchups that I went up against today!

I did very much enjoy the Digimon Frontier anime season, and I liked the mechanics of hybrid Digimons. Being so fresh in the BT-12 meta, I felt that this deck was not overly complicated and could perform very decently in the early meta. 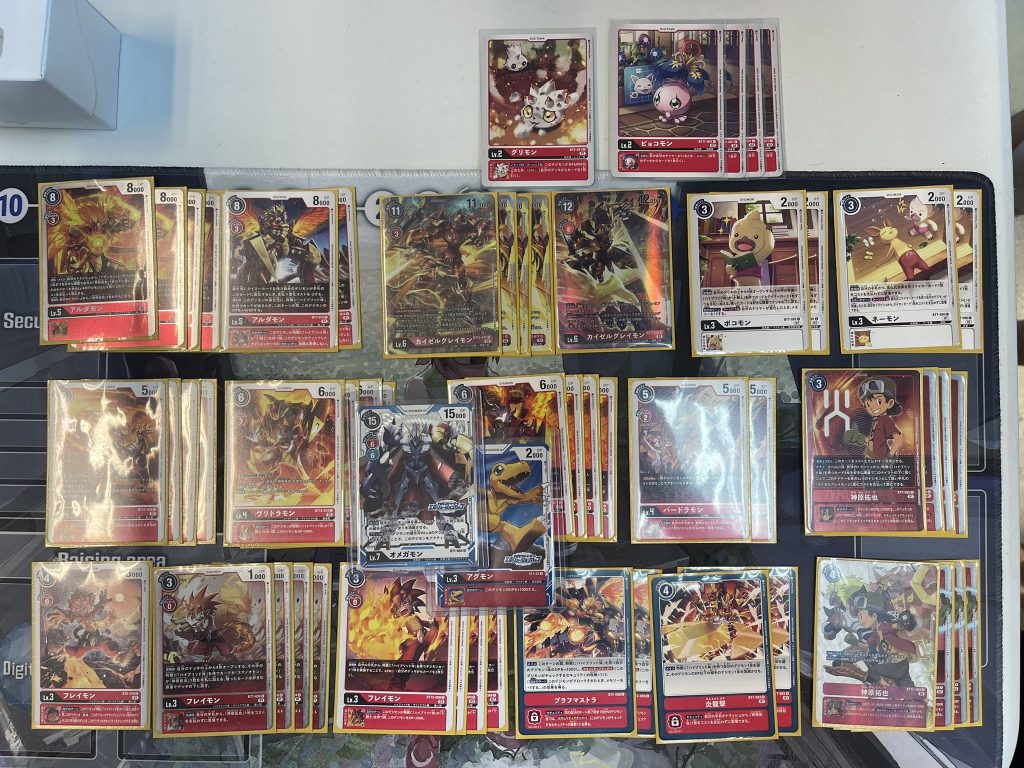 My winning decklist. Big shoutout to our dear friend DTCGReview for featuring it and Kouriten SG for hosting the tournament.

LV3 Digimons: I played only 9 copies of red LV3 Digimon, and opted out of the [BT4-009] Flamemon since he did not have any inherited effects. I ran a bit light on LV3s as I felt that they did not provide a lot of value during mid-games, and I would only want a copy or two to kickstart my turn-1. To supplement this, I play 2 copies of Boko and Neemon which totalled my rookie base to 13 cards, which I felt was healthy.

LV4 Digimons: I maximised on all the available hybrid digimons that I can use, so 4 copies of BT12 Agunimon and BurningGreymon, as well as 4 copies of BT7 BurningGreymon for very important board control. I did not include the BT7 Agunimon as I felt that the BT11 Birdramon offered a lot more, having [Blocker] and an important inherited effect at the same play/digivolution cost made more sense. Since I only play 2 Birdramons, they behave like tech cards and do not cause any problems with flexibility digivolving from my tamers. I usually use Birdramon on my BT7 Flamemon, giving this deck a bit of surprise stall power while making good use of Flamemon's inherited effect.

LV5 Digimons: I play only 6 copies of LV5 Aldamons, and mainly the new one for his ability to digivolve directly from tamer. However, I am lately convinced that the older BT7 Aldamon still serves a very important role, so I might adjust the numbers slightly.

LV6 Digimons: No surprises here, only maximum copies of the new Kaisergreymon and a single copy of the old Kaisergrey for [Blitz]. The new Kaisergreymon is undoubtedly the MVP of this deck, as he plays the role of both board control and OTK. With BT7 Takuya underneath, he would easily dish out 3 security checks at 15000 DP, deleting almost any Digimon when digivolving. In addition, he returns Takuya to play when he is deleted, closing the loop of an attack cycle.

Options: 2 copies of Atomic Inferno which is indispensable for the aggression this deck needs, and 2 copies of FireDrake Strike for efficient board control. As the deck was supposed to move fast, I did not include any heavy-cost option cards to avoid giving away too much memory and risk losing my board state advantage. 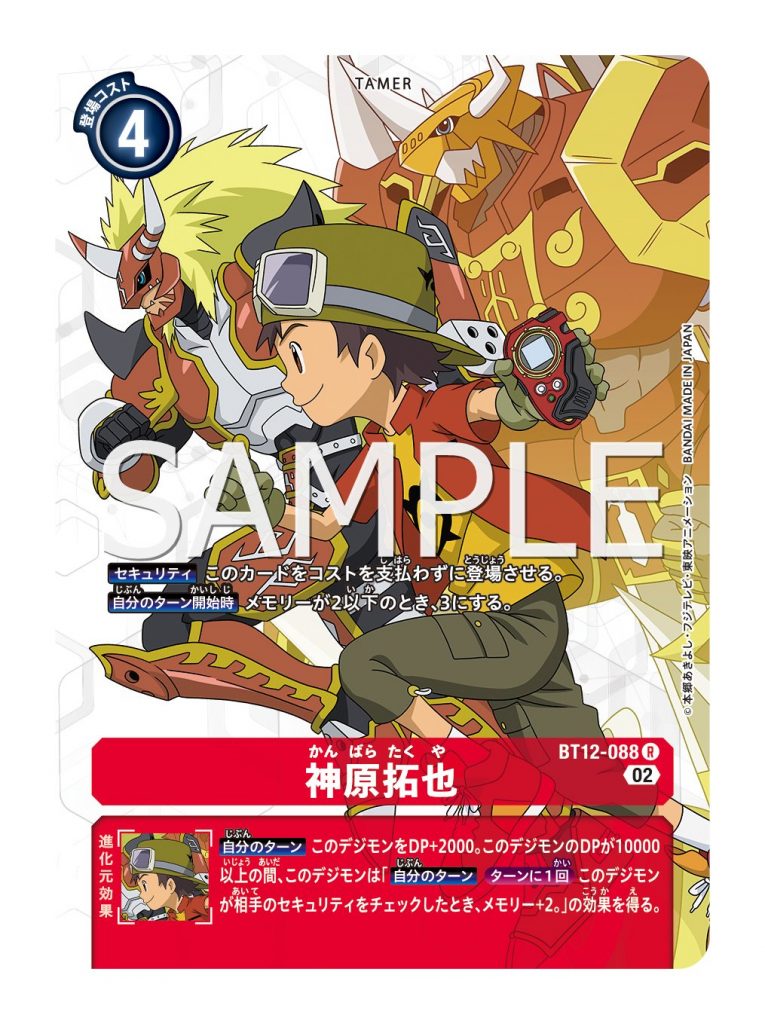 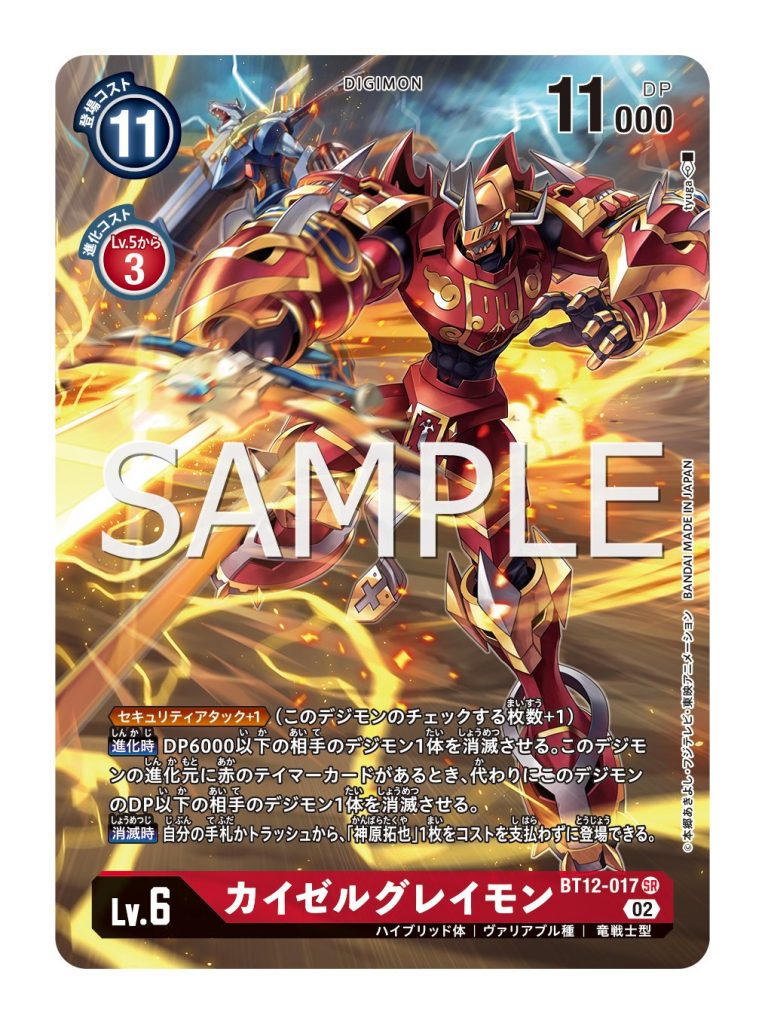 I try never to play tamers by paying their cost. Whenever possible, I build up a BT7 Flamemon into a LV4 (hopefully Birdramon) or even into LV5 if I have 2 or more tamers in my hand which I can play efficiently using Flamemon's and Birdramon's inherited effects. Otherwise, Neemon would also be a great way to play my tamer for free.

Playing them this way is not only efficient, but also serves up target on the field for my opponent to spend their resources on, and sometimes allowing me to counterattack using BT7 BurningGreymon, KaiserGreymon, or FireDrake Strike.

Once tamers are on the field, they become easy to loop. With Neemon in play, I can digivolve my tamer into LV4 hybrid and attack without worry of deletion since Neemon recycles them from trash. An ideal attack comes from digivolving my tamer into the new BT12 BurningGreymon, as it eventually becomes a 10000 DP Digimon and activates Takuya's inherited [SecurityAttack+1] or memory +2 effects.

I rarely digivolve and attack as Agunimon since it has much lower DP and will only play a Flamemon on deletion, which I do not always have ample of. Furthermore, Agunimon's inheritable effect is far too attractive for me to ignore.

At LV5 though, it is often enough to stop at BT7 Aldamon since he will have +4000 DP when digivolving which, when adding with Takuya's +2000 DP, makes it a 14000 DP Digimon. Depending on how safe I deem my opponent's security, I usually stop and swing at Aldamon followed by FireDrake for board control, instead of moving all the way into Kaisergreymon in order to preserve my hand with enough solutions for the next turns. In a hybrid game, Takuya can digivolve directly into Kaisergreymon so there is really no need to waste too much of your hand's resources too early.

I was not well prepared against the new Dukemon deck, and has not gotten the new card effects memorised, and this was made worse by fact that my opponent being a seasoned Dukemon player.

All I know about my opponent's deck is that being Dukemon, it will delete my Digimons while digivolving up into Dukemon. I played by a notion that he will delete around 3000 DP at LV3-LV4, and around 6000 DP at LV5-LV6. So I tried to manage the memory and board state to reduce unnecessary damage.

I lost a game to an excellently timed digivolution sequence to Dukemon Crimson Mode, deleting my Digimon which added 3 cards into my 7-card trash, making it just enough to trash 2 of my remaining security for the final swing using Takato's [Blitz].

Otherwise, I was able to win the other 2 games mostly by swinging for 3 security checks using either Kaisergreymon or Atomic Inferno, and otherwise just by having a slightly more robust hand as my game plays on.

In the first round of this matchup I did not know which deck my opponent was playing, seeing a purple Digitama and an Eyesmon did not reveal much about the deck. But when my first security check revealed a Flame Hellscythe which then deleted my Digimon and summoned a MagnaAngemon I guessed it would be something along the Mastemon/Ophanimon line.

I lost my first game, given too much advantage to his strong hand and security. There is little I could do with Mirei on board and Tailmon digivolving into Angewomon for 1-cost, playing a Ladydevimon for free and subsequently Jogress into Mastemon and playing another MagnaAngemon for free which then digivolves into Ophanimon, all in one turn destroying my board and recovering his security.

But on his other 2 games both his hand and security was not so ideal. By hard-playing a MagnaAngemon for 7-cost and not drawing a LV3 for one to two turns allowed me to setup my tamers and solutions to remove his LV5 Digimon, and holding off attacking his security to avoid giving him too much early advantage until I have my board ready to end everything within a turn or two.

An unfortunate matchup pitting me against my dear friend, I won the first game easily and ungracefully thanks to his incredibly broken hand (2 LV5 and 3 LV6 Grandis). In the second game, he got the game in control but when he mistakenly attacked my LV5 Aldamon that is inheriting Birdramon, the game swang into my advantage as I was then able to put my BT12 Takuya tamer which guaranteed me a starting 3 memory, which I then used to digivolve my 3-cost Takuya into Kaiser for 3 checks and finishing the game with my Flamemon from nursery.

But nevertheless, I had an Atomic Inferno in hand which could grant me a similar 3 checks using Aldamon even if he was not deleted by Grandis and memory choked at 1, albeit the slightly larger risk of checking without Aldamon's inherited option security nullification.

I have heard some stories about the horribly lethal synergy between Bloomlord and Quartzmon, but being my first time playing against it I was not fascinated by the fact that this deck was piloted by one of the most seasoned green player in Singapore.

I lost my 1 game against an excellent setup of double Bloomlords and a Quartzmon in a single turn, filling his board with a hoard of large Digimons while reducing my security to 1, and not to mention the horror of having all my tamers and Digimons suspended. But otherwise, I was able to win my first game by being slightly faster, and my second by luck since he wasn't able to draw into any LV4 Digimons.

Since a Bloomlord deck will tend to digivolve outside of nursery, using the Ajatarmon/Sunflowmon/Redvegiemon combo, I try not to waste my BT7 BurningGreymons and making sure that I clear up those Sunflowmon and Redvegiemons quickly, and using FireDrake Strike on the 7000 DP Ajatarmon, possible as long as I have any LV4 hybrid inheriting Takuya.

A mirror match in my final matchup, which I am very happy to play against given all the variables of new decks coming from BT12. A mirror match would mean that the outcome of the game hinges entirely on my understanding of my deck, and developing strategic countermeasures. This is not difficult given how fresh BT12 is, and how straightforward most Red Hybrid builds are.

I did not have a good starting hand on both my games, not drawing any LV3 Digimons. In my first game, my starting hand was marred by 2 copies of Atomic Inferno, which took me a few turns to overcome and after I continuously failed to draw into any Kaisergreymon, I gave up on that thought and setup my board with a LV4 hybrid, cleaning up my opponent's board while slightly choking memory to make sure that he cannot delete my LV4 easily during his turn. When he returns the turn to me at 3 starting memory, I digivolved into Aldamon at 1-cost, and used the 2 Atomic Inferno from my starting hand to swing 4 security checks at 20000 DP, and the board state swang to my favor.

In my second game, my opponent drew into a broken hand and when he hard-casted his LV5 Aldamon the game pretty much ended for him.